Size is not all that matters. But still, we would love to know how big Camden in Arkansas is. Here is the answer: 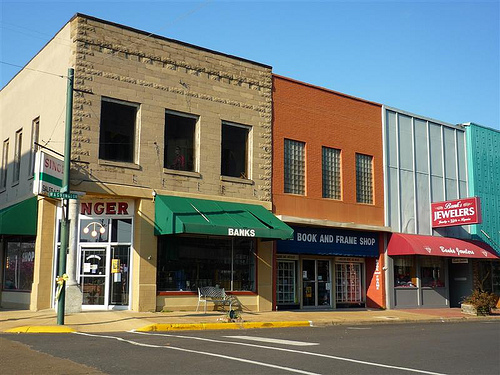 Camden is a city in and the county seat of Ouachita County in the south-central part of the U.S. state of Arkansas. The city is located about 100 miles south of Little Rock. Situated on the bluffs overlooking the Ouachita River, Camden is a city rich in history, most of which is tied to the river. The recorded history began in 1782 when a Spanish military post was established on the site of an old French trading post called Ecore à Fabri. When Ouachita County was formed in 1842, American settlers changed the name to Camden. The city became an important port during the steamboat era when Camden became known as the “Queen City” of the Ouachita. In 1864, Camden became the unintended focus of the Red River Campaign, a major Civil War effort resulting in several significant battles.In 2000, Camden had a population of 13,154, but it lost 7.4 percent of its residents and recorded 12,183 in 2010. Camden is the principal city of the Camden Micropolitan Statistical Area, which includes all of Ouachita and Calhoun counties.

Cities with a similar size as Camden

If you want to check which cities have a similar size as Camden, Arkansas, here you go:

Cities with a similar population density as Camden

Other cities that have a similar population density as Camden, Arkansas are:

Cities with a similar population size as Camden

Cities with the same name “Camden”