Size is not all that matters. But still, we would love to know how big Virginia Beach in Virginia is. Here is the answer: 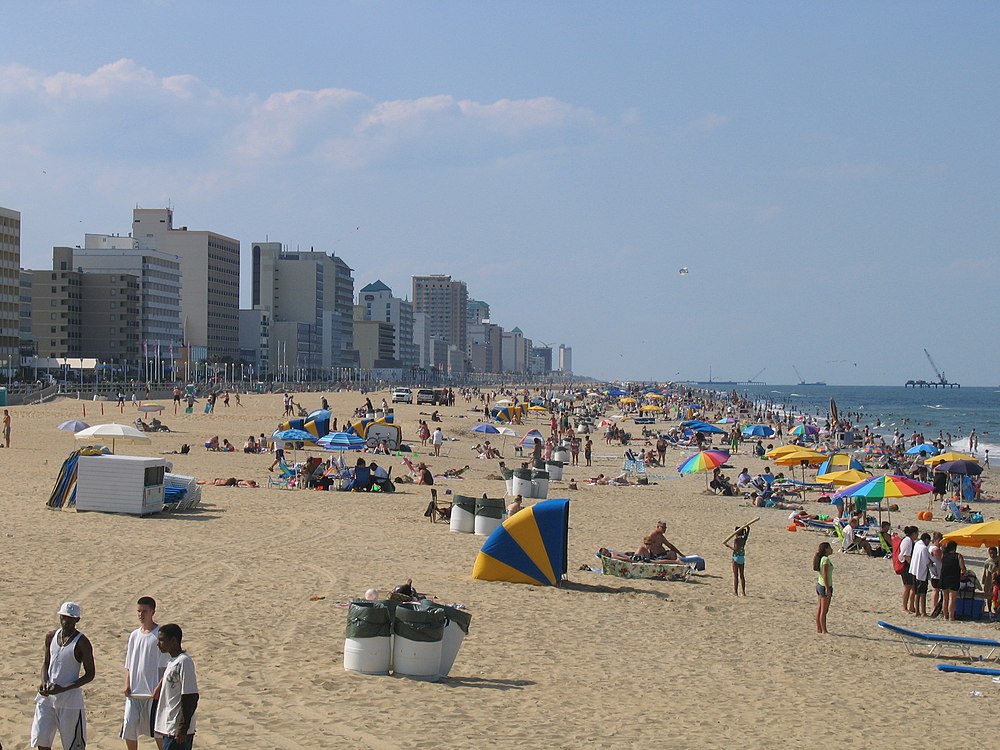 Virginia Beach is an independent city located on the southeastern coast of the Commonwealth of Virginia in the United States. As of the 2010 census, the population was 437,994; in 2018, it was estimated to be 449,974. Although mostly suburban in character, it is the most populous city in Virginia and the 44th most populous city in the nation.Located on the Atlantic Ocean at the mouth of the Chesapeake Bay, Virginia Beach is included in the Hampton Roads metropolitan area. This area, known as “America’s First Region”, also includes the independent cities of Chesapeake, Hampton, Newport News, Norfolk, Portsmouth, and Suffolk, as well as other smaller cities, counties, and towns of Hampton Roads.Virginia Beach is a resort city with miles of beaches and hundreds of hotels, motels, and restaurants along its oceanfront. Every year the city hosts the East Coast Surfing Championships as well as the North American Sand Soccer Championship, a beach soccer tournament. It is also home to several state parks, several long-protected beach areas, three military bases, a number of large corporations, Virginia Wesleyan University and Regent University, the international headquarters and site of the television broadcast studios for Pat Robertson’s Christian Broadcasting Network (CBN), Edgar Cayce’s Association for Research and Enlightenment, and numerous historic sites. Near the point where the Chesapeake Bay and the Atlantic Ocean meet, Cape Henry was the site of the first landing of the English colonists, who eventually settled in Jamestown, on April 26, 1607.The city is listed in the Guinness Book of Records as having the longest pleasure beach in the world. It is located at the southern end of the Chesapeake Bay Bridge-Tunnel, the longest bridge-tunnel complex in the world.

Cities with a similar size as Virginia Beach

If you want to check which cities have a similar size as Virginia Beach, Virginia, here you go:

Cities with a similar population density as Virginia Beach

Other cities that have a similar population density as Virginia Beach, Virginia are:

Cities with a similar population size as Virginia Beach