How many baby Maned wolfs are in a litter? 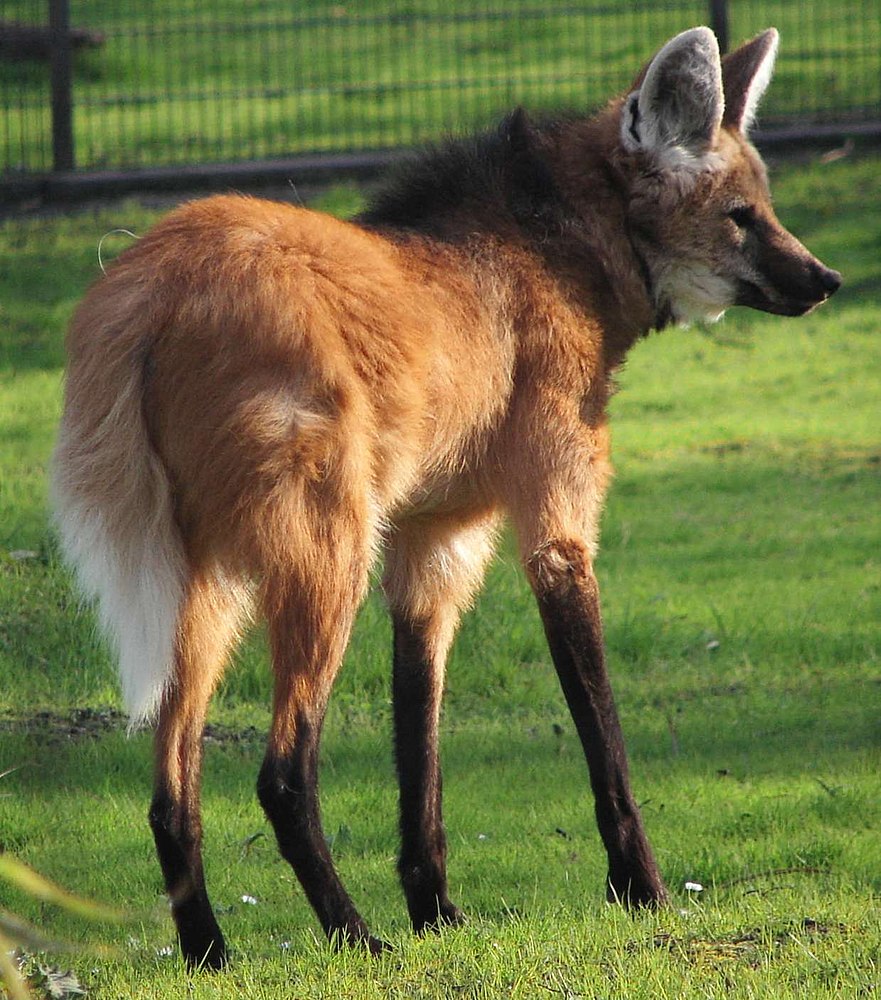 The maned wolf (Chrysocyon brachyurus) is the largest canid of South America. Its markings resemble those of foxes, but it is neither a fox nor a wolf. It is the only species in the genus Chrysocyon (meaning “golden dog”).It is the largest canid in South America, with a weight between 20 and 30 kg, and reaches up to 90 cm at the withers. Its long, thin legs and dense reddish coat give it an unmistakable appearance. The maned wolf is a crepuscular and omnivorous animal adapted to the open environments of the South American savanna, with an important role in the seed dispersal of fruits, especially the wolf apple (Solanum lycocarpum). The maned wolf is a solitary animal. It communicates primarily by scent marking, but also gives a loud call known as “roar-barking”.This mammal is found in open and semi open habitats, especially grasslands with scattered bushes and trees, in the Cerrado of south, central-west, and southeastern Brazil; Paraguay; northern Argentina; and Bolivia east and north of the Andes, and far southeastern Peru (Pampas del Heath only). It is very rare in Uruguay, possibly being displaced completely through loss of habitat. The International Union for Conservation of Nature lists it as near threatened, while it is considered a vulnerable species by the Brazilian Institute of Environment and Renewable Natural Resources.

Maned wolf is a member of the Canidae, as are these animals:

Animals that share a litter size with Maned wolf

Animals that get as old as a Maned wolf

Animals with the same weight as a Maned wolf

Animals with the same size as a Maned wolf