How many baby Short-beaked echidnas are in a litter? 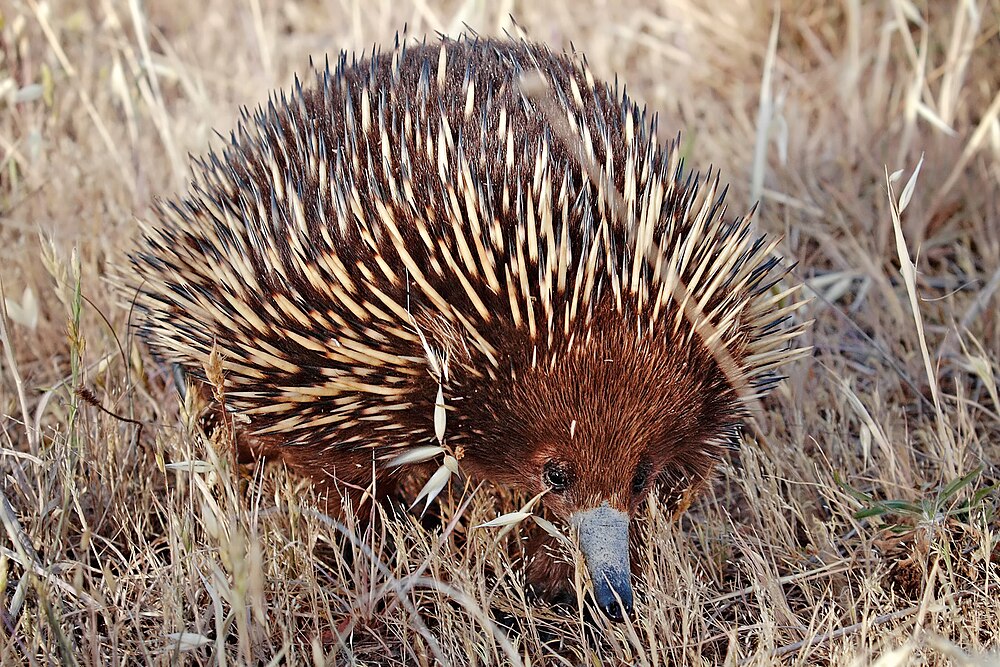 The short-beaked echidna (Tachyglossus aculeatus) is one of four living species of echidna and the only member of the genus Tachyglossus. It is covered in fur and spines and has a distinctive snout and a specialized tongue, which it uses to catch its insect prey at a great speed. Like the other extant monotremes, the short-beaked echidna lays eggs; the monotremes are the only group of mammals to do so.The short-beaked echidna has extremely strong front limbs and claws, which allow it to burrow quickly with great power. As it needs to be able to survive underground, it has a significant tolerance to high levels of carbon dioxide and low levels of oxygen. It has no weapons or fighting ability but repels predators by curling into a ball and deterring them with its spines. It lacks the ability to sweat and cannot deal with heat well, so it tends to avoid daytime activity in hot weather. It can swim if needed. The snout has mechanoreceptors and electroreceptors that help the echidna to detect its surroundings.During the Australian winter, it goes into deep torpor and hibernation, reducing its metabolism to save energy. As the temperature increases, it emerges to mate. Female echidnas lay one egg a year and the mating period is the only time the otherwise solitary animals meet one another; the male has no further contact with the female or his offspring after mating. A newborn echidna is the size of a grape but grows rapidly on its mother’s milk, which is very rich in nutrients. Baby echidnas eventually grow too large and spiky to stay in the pouch and, around seven weeks after hatching, are expelled from the pouch into the mother’s burrow. At around six months of age, they leave the burrow and have no more contact with their mothers.The species is found throughout Australia, where it is the most widespread native mammal, and in coastal and highland regions of eastern New Guinea, where it is known as the mungwe in the Daribi and Chimbu languages. It is not threatened with extinction, but human activities, such as hunting, habitat destruction, and the introduction of foreign predatory species and parasites, have reduced its distribution in Australia.

Other animals of the family Tachyglossidae

Short-beaked echidna is a member of the Tachyglossidae, as are these animals:

Animals that share a litter size with Short-beaked echidna

Animals that get as old as a Short-beaked echidna

Animals with the same weight as a Short-beaked echidna

Animals with the same size as a Short-beaked echidna