If you ever wondered how many inhabitants Murrieta in California has, here is the answer:

Murrieta, California has a population of 103,466 residents. 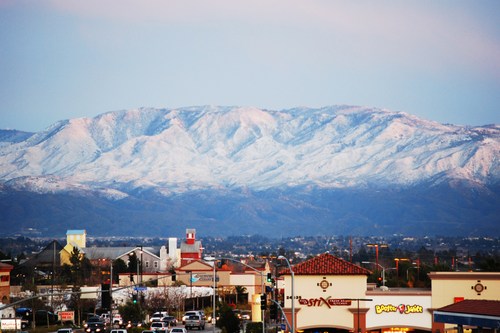 Murrieta is a city in southwestern Riverside County, California, United States. The population of Murrieta was 103,466 at the 2010 census. Murrieta experienced a 133.7% population increase between 2000 and 2010, according to the most recent census, making Murrieta one of the fastest-growing cities in the state. This population boom in 2010 surpassed the population of the historically larger and more commercial city of Temecula to the south for the first time since the incorporation of either city. Temecula and Murrieta together form the southwestern anchor of the Inland Empire region. Largely residential in character, Murrieta is typically characterized as a commuter town, with many of its residents commuting to jobs in San Diego County, Orange County, Los Angeles County, Temecula, and Camp Pendleton.Murrieta is bordered by the city of Temecula to the south, the cities of Menifee and Wildomar to the north, and the unincorporated community of French Valley to the east.Murrieta is located in the center of the Los Angeles-San Diego mega-region which contains a population of about 24 million people.Murrieta’s city motto is “Gem of the Valley,” and a diamond is prominently featured on its seal as well as various elements throughout the city, such as street signs and freeway interchanges.

Cities with a similar population size as Murrieta

Cities with a similar size as Murrieta

If you want to check which cities have a similar size as Murrieta, California, here you go:

Cities with a similar population density as Murrieta

Other cities that have a similar population density as Murrieta, California are: