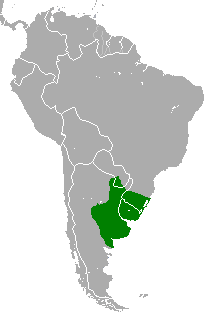 Akodon azarae, also known as Azara’s akodont or Azara’s grass mouse, is a rodent species from South America. It is found from southernmost Brazil through Paraguay and Uruguay into eastern Argentina. It is named after Spanish naturalist Félix de Azara.

Akodon azarae is a member of the Muridae, as are these animals: