How many baby Gemsboks are in a litter?

A Gemsbok (Oryx gazella) usually gives birth to around 1 babies. 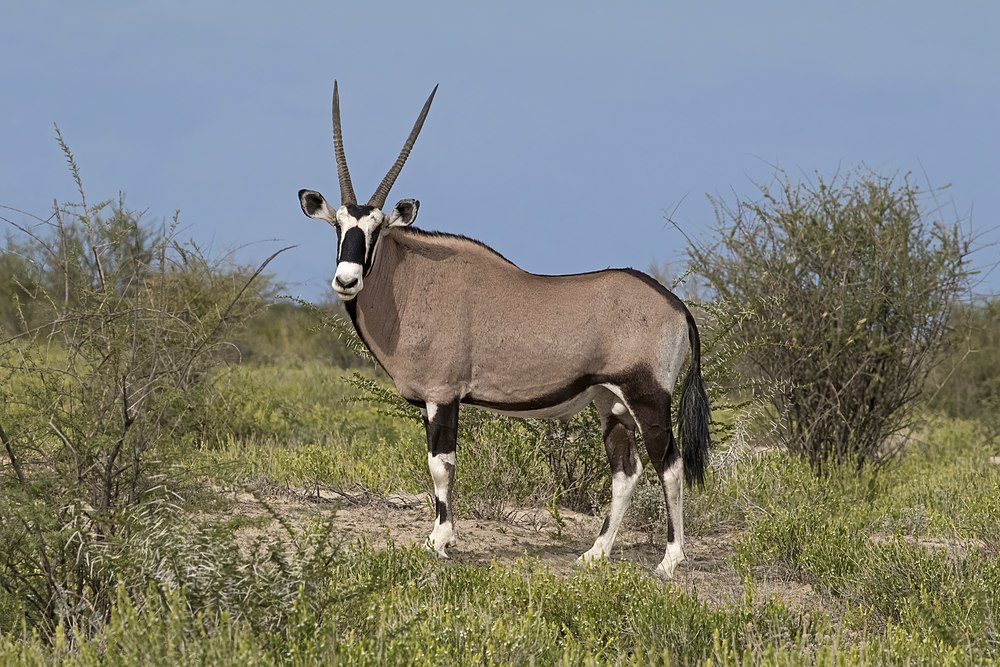 The gemsbok, gemsbuck or South African oryx (Oryx gazella) is a large antelope in the genus Oryx. It is native to the arid regions of Southern Africa, such as the Kalahari Desert. Some authorities formerly included the East African oryx as a subspecies.The gemsbok is depicted on the coat of arms of Namibia, where the current population of the species is estimated at 373,000 individuals.

Gemsbok is a member of the Bovidae, as are these animals:

Animals that get as old as a Gemsbok

Animals with the same weight as a Gemsbok

Animals with the same size as a Gemsbok