How many baby Ribbon seals are in a litter? 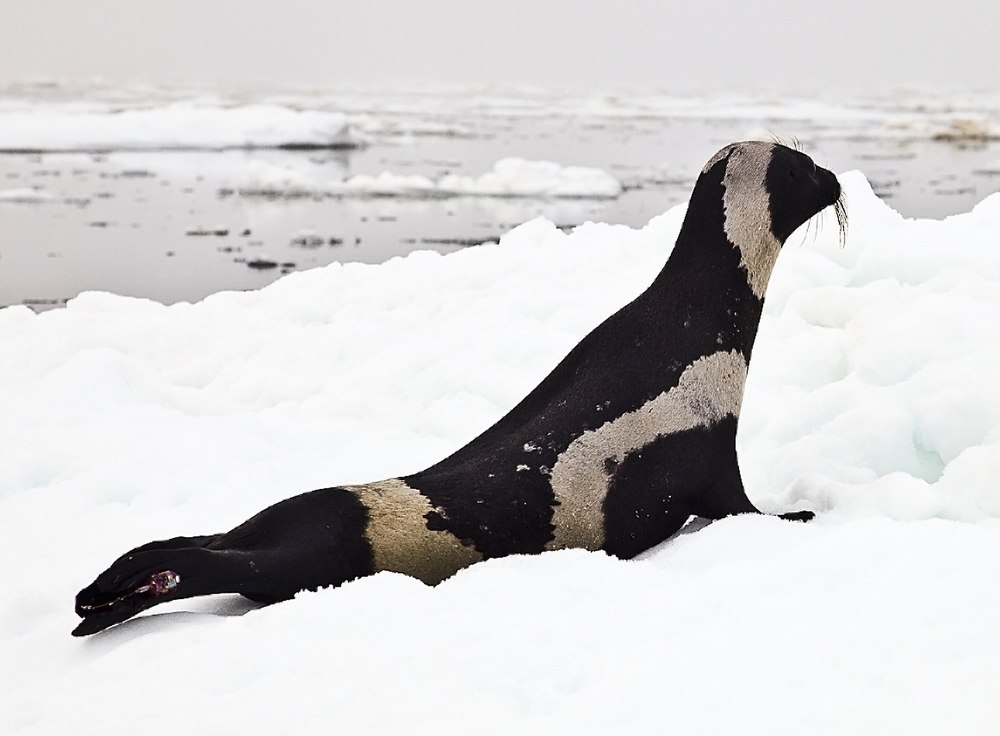 The ribbon seal (Histriophoca fasciata) is a medium-sized pinniped from the true seal family (Phocidae). A seasonally ice-bound species, it is found in the Arctic and Subarctic regions of the North Pacific Ocean, notably in the Bering Sea and Sea of Okhotsk. It is distinguished by its striking coloration, with two wide white strips and two white circles against dark brown or black fur.It is the only living species in the genus Histriophoca, although a possible fossil species, H. alekseevi, has been described from the Miocene of Moldova.

Ribbon seal is a member of the Phocidae, as are these animals:

Animals that share a litter size with Ribbon seal

Animals that get as old as a Ribbon seal

Other animals that usually reach the age of 31 years:

Animals with the same weight as a Ribbon seal

Animals with the same size as a Ribbon seal