How many baby Bush vlei rats are in a litter? 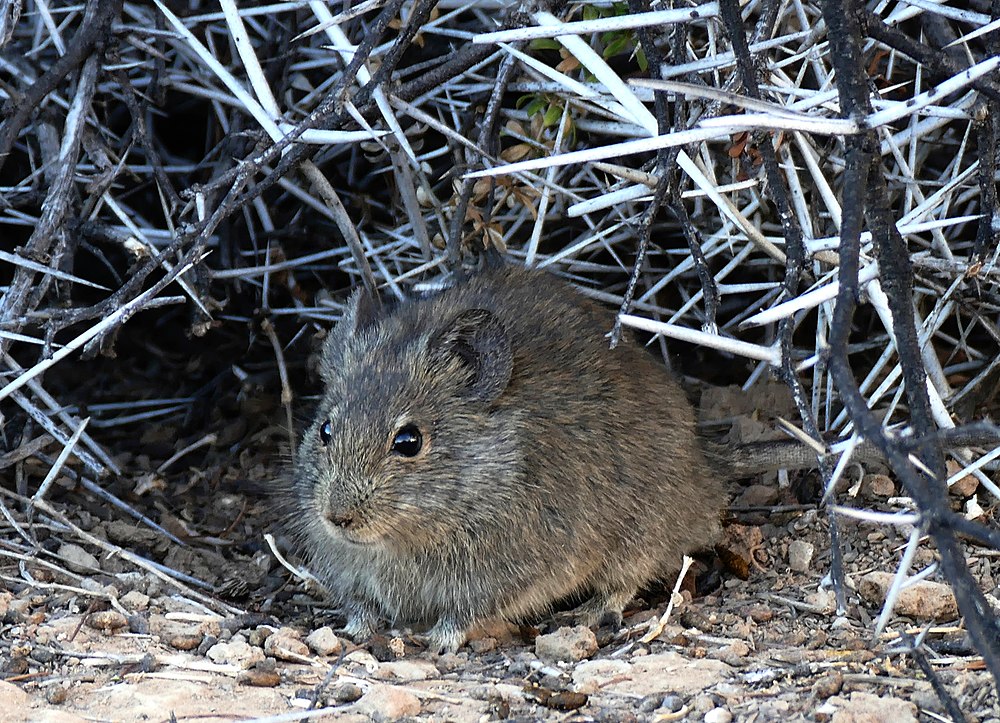 The bush vlei rat or Karoo bush rat (Myotomys unisulcatus formerly Otomys unisulcatus) is a species of rodent in the family Muridae. It is found in Namibia and South Africa. Its natural habitat is temperate shrubland. The Karoo rat uses behavioral adaptations to cope with the dry arid climate. It is a medium-sized rodent with a dark pellage on top and lighter underneath. It has light colored feet and a dark tail. The rat may have light colored fur around its eyes and the back of its ears.

Bush vlei rat is a member of the Muridae, as are these animals:

Animals that share a litter size with Bush vlei rat

Animals with the same weight as a Bush vlei rat

Animals with the same size as a Bush vlei rat