How many baby Aardvarks are in a litter?

A Aardvark (Orycteropus afer) usually gives birth to around 1 babies.With 1 litters per year, that sums up to a yearly offspring of 1 babies. 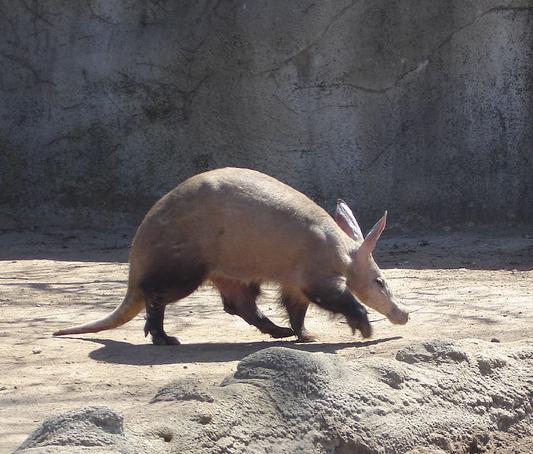 The aardvark ( ARD-vark; Orycteropus afer) is a medium-sized, burrowing, nocturnal mammal native to Africa. It is the only living species of the order Tubulidentata, although other prehistoric species and genera of Tubulidentata are known. Unlike other insectivores, it has a long pig-like snout, which is used to sniff out food. It roams over most of the southern two-thirds of the African continent, avoiding areas that are mainly rocky. A nocturnal feeder, it subsists on ants and termites, which it will dig out of their hills using its sharp claws and powerful legs. It also digs to create burrows in which to live and rear its young. It receives a “least concern” rating from the IUCN, although its numbers seem to be decreasing.Aardvarks are afrotheres, a clade which also includes elephants, manatees, and hyraxes.

Animals that get as old as a Aardvark

Animals with the same weight as a Aardvark

Animals with the same size as a Aardvark