How many baby Camas pocket gophers are in a litter?

A Camas pocket gopher (Thomomys bulbivorus) usually gives birth to around 4 babies.With 1 litters per year, that sums up to a yearly offspring of 4 babies. 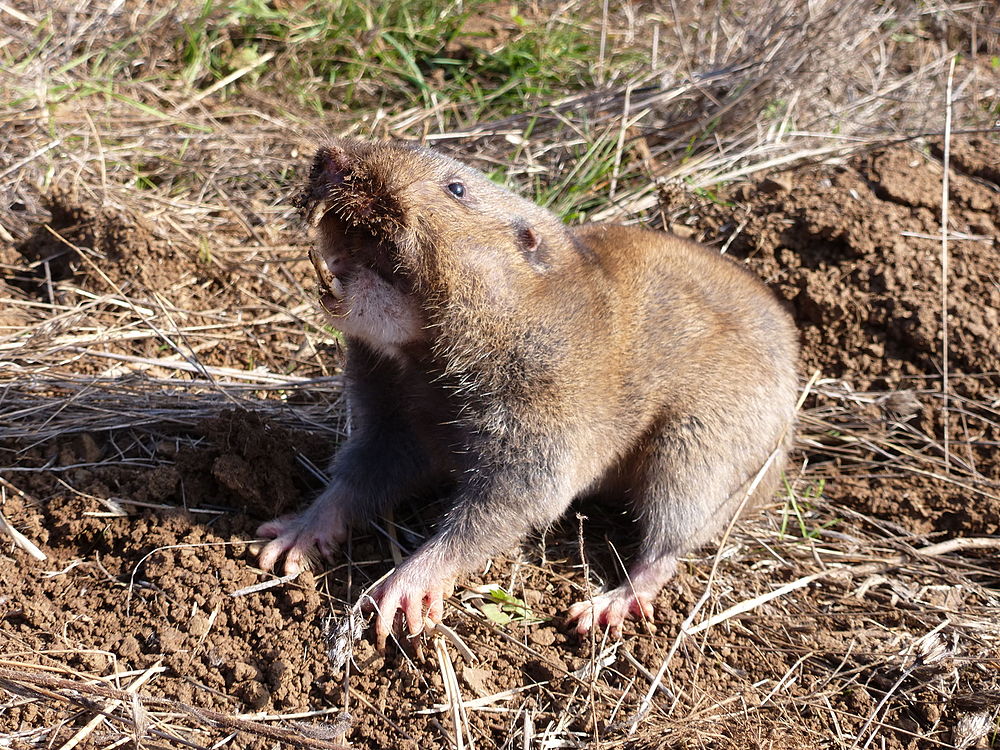 The camas pocket gopher (Thomomys bulbivorus), also known as the camas rat or Willamette Valley gopher, is a rodent, the largest member in the genus Thomomys, of the family Geomyidae. First described in 1829, it is endemic to the Willamette Valley of northwestern Oregon in the United States. The herbivorous gopher forages for vegetable and plant matter, which it collects in large, fur-lined, external cheek pouches. Surplus food is hoarded in an extensive system of tunnels. The dull-brown-to-lead-gray coat changes color and texture over the year. The mammal’s characteristically large, protuberant incisors are well adapted for use in tunnel construction, particularly in the hard clay soils of the Willamette Valley. The gophers make chattering sounds with their teeth; males and females make purring (or crooning) sounds when they are together, and the young make twittering sounds. Born toothless, blind and hairless, the young grow rapidly before being weaned at about six weeks of age.Although the camas pocket gopher is fiercely defensive when cornered, it may become tame in captivity. While population trends are generally stable, threats to the species’ survival include urbanization, habitat conversion for agricultural use and active attempts at eradication with trapping and poisons. It is prey for raptors and carnivorous mammals, and host to several parasitic arthropods and worms. Scientists believe that the gopher’s evolutionary history was disrupted when the Missoula Floods washed over the Willamette Valley at the end of the last ice age. The floods almost completely inundated its geographic range, which may have caused a genetic bottleneck as survivors repopulated the region after the waters receded.

Other animals of the family Geomyidae

Camas pocket gopher is a member of the Geomyidae, as are these animals:

Animals that share a litter size with Camas pocket gopher

Animals with the same weight as a Camas pocket gopher

Animals with the same size as a Camas pocket gopher