How many baby Greater cane rats are in a litter?

A Greater cane rat (Thryonomys swinderianus) usually gives birth to around 3 babies.With 2 litters per year, that sums up to a yearly offspring of 6 babies. 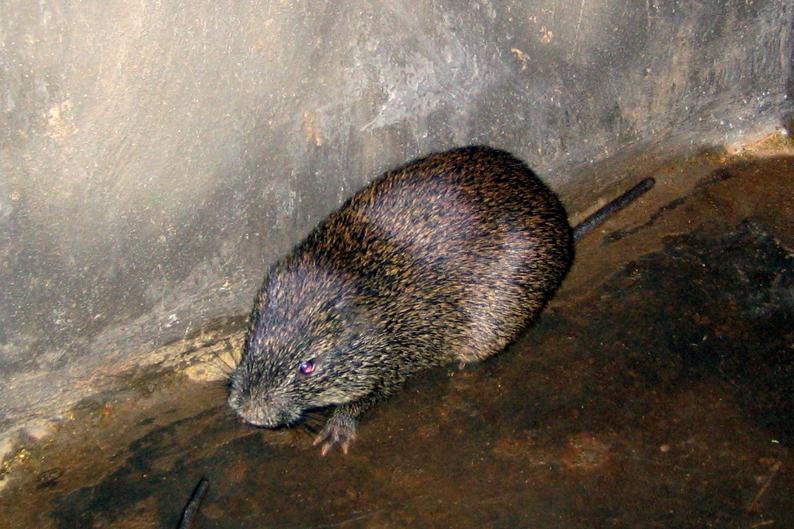 The greater cane rat (Thryonomys swinderianus) is one of two species of cane rats, a small family of African hystricognath rodents. The cane rat lives by reed-beds and riverbanks in Sub-Saharan Africa. Cane rats can grow to nearly 60 cm (2.0 ft) in length and weigh a little less than 8.5 kg (19 lb). It has rounded ears, a short nose, and coarse bristly hair. Its forefeet are smaller than its hind feet, each with three toes.Cane rats live in small groups led by a single male. They are nocturnal and make nests from grasses or burrow underground. Individuals of the species may live in excess of four years. If frightened, they grunt and run towards water. So far, their conservation status is lower risk.As humans expanded into the cane rat’s native habitats, the cane rats likewise expanded from their native reeds into the plantations, particularly the sugar cane plantations from which they derive their name. Their tendency to adopt plantations as habitat, where they feed on agricultural crops such as maize, wheat, sugar-cane and cassava, often earns them the label of agricultural pest. However, the peoples of the region also utilize the cane rat as a food source (as bushmeat), considering the meat a delicacy. Consequently, grasscutters (as they are often called in Ghana, Nigeria and other regions of West Africa) are beginning to be raised in cages for sale.

Other animals of the family Thryonomyidae

Greater cane rat is a member of the Thryonomyidae, as are these animals:

Animals that share a litter size with Greater cane rat

Animals that get as old as a Greater cane rat

Other animals that usually reach the age of 4.25 years:

Animals with the same weight as a Greater cane rat