How many baby Grévy’s zebras are in a litter? 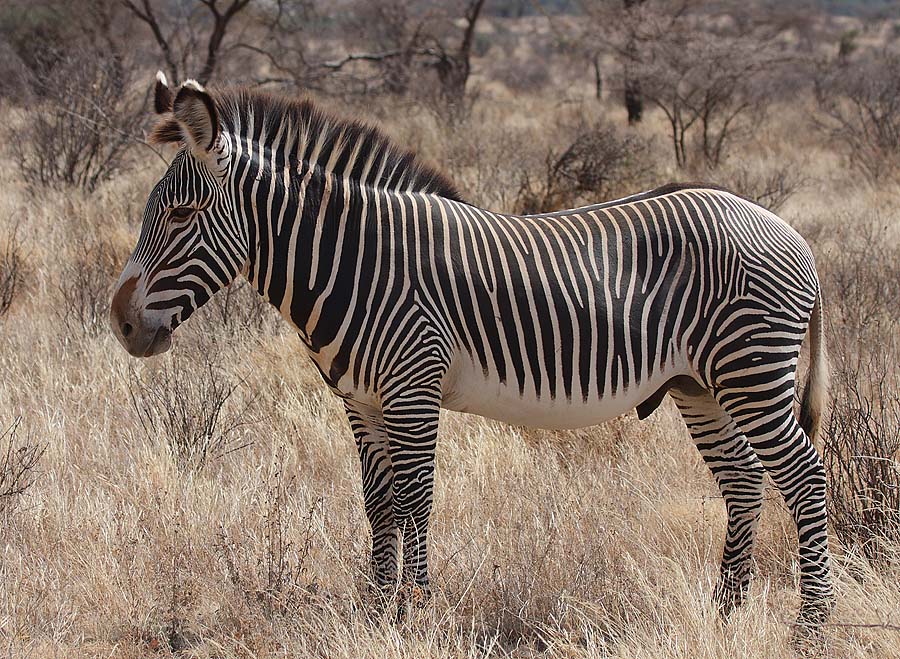 The Grévy’s zebra (Equus grevyi), also known as the imperial zebra, is the largest living wild equid and the largest and most threatened of the three species of zebra, the other two being the plains zebra and the mountain zebra. Named after Jules Grévy, it is found in Kenya and Ethiopia. Compared with other zebras, it is tall, has large ears, and its stripes are narrower.The Grévy’s zebra lives in semi-arid grasslands where it feeds on grasses, legumes, and browse; it can survive up to five days without water. It differs from the other zebra species in that it does not live in harems and has few long-lasting social bonds. Stallion territoriality and mother–foal relationships form the basis of the social system of the Grévy’s zebra. This zebra is considered to be endangered. Its population has declined from 15,000 to 3,000 since the 1970s. However, as of 2008, the population is stable.

Grévy’s zebra is a member of the Equidae, as are these animals:

Animals that share a litter size with Grévy’s zebra

Animals that get as old as a Grévy’s zebra

Other animals that usually reach the age of 26 years:

Animals with the same weight as a Grévy’s zebra

Animals with the same size as a Grévy’s zebra