How many baby Northern olingos are in a litter? 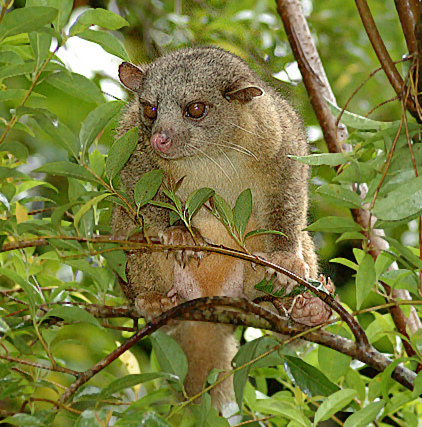 The northern olingo (Bassaricyon gabbii), also known as the bushy-tailed olingo or as simply the olingo (due to it being the most commonly seen of the species), is a tree-dwelling member of the family Procyonidae, which also includes raccoons. It was the first species of olingo to be described, and while it is considered by some authors to be the only genuine olingo species, a recent review of the genus Bassaricyon has shown that there are a total of four olingo species, although two of the former species should now be considered as a part of this species. Its scientific name honors William More Gabb, who collected the first specimen. It is native to Central America.

Other animals of the family Procyonidae

Northern olingo is a member of the Procyonidae, as are these animals:

Animals that share a litter size with Northern olingo

Animals that get as old as a Northern olingo

Animals with the same weight as a Northern olingo

Animals with the same size as a Northern olingo