How many baby Olympic marmots are in a litter? 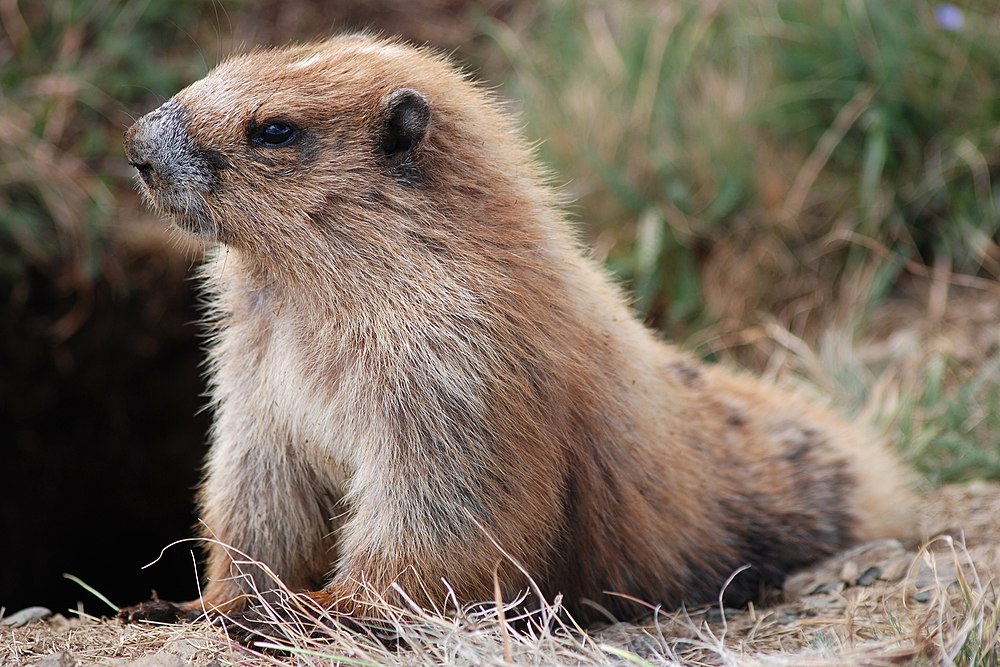 The Olympic marmot (Marmota olympus) is a rodent in the squirrel family, Sciuridae; it occurs only in the U.S. state of Washington, on the middle elevations of the Olympic Peninsula. The closest relatives of this species are the hoary marmot and the Vancouver Island marmot. In 2009, it was declared the official endemic mammal of Washington.This marmot is about the size of a domestic cat, typically weighing about 8 kg (18 lb) in summer. The species shows the greatest sexual dimorphism found in marmots, with adult males weighing on average 23% more than females. It can be identified by a wide head, small eyes and ears, stubby legs, and a long, bushy tail. Its sharp, rounded claws aid in digging burrows. The coat color changes with the season and with age, but an adult marmot’s coat is brown all over with small whiter areas for most of the year.The species has a diet consisting mainly of a variety of meadow flora, including dry grasses, which it also uses as bedding in burrows. It is preyed on by various terrestrial mammals and avian raptors, but its main predator today is the coyote. The Olympic marmot is rated a species of the least concern on the IUCN Red List. It is protected by law in the Olympic National Park, which contains most of its habitat.The burrows of this marmot are made in colonies, which are found in various mountain locations and differ in size. A colony may contain as few as one marmot family or multiple families with up to 40 marmots. Olympic marmots are very sociable animals which often engage in play fighting and vocalize four different whistles to communicate. During hibernation beginning in September, they are in a deep sleep and do not eat, causing them to lose half their body mass. Adults emerge in May and their young in June. Female marmots reach sexual maturity at three years of age, and produce litters of 1–6 every other mating season.

Olympic marmot is a member of the Sciuridae, as are these animals:

Animals that share a litter size with Olympic marmot

Animals with the same weight as a Olympic marmot