How many baby Pygmy slow loriss are in a litter? 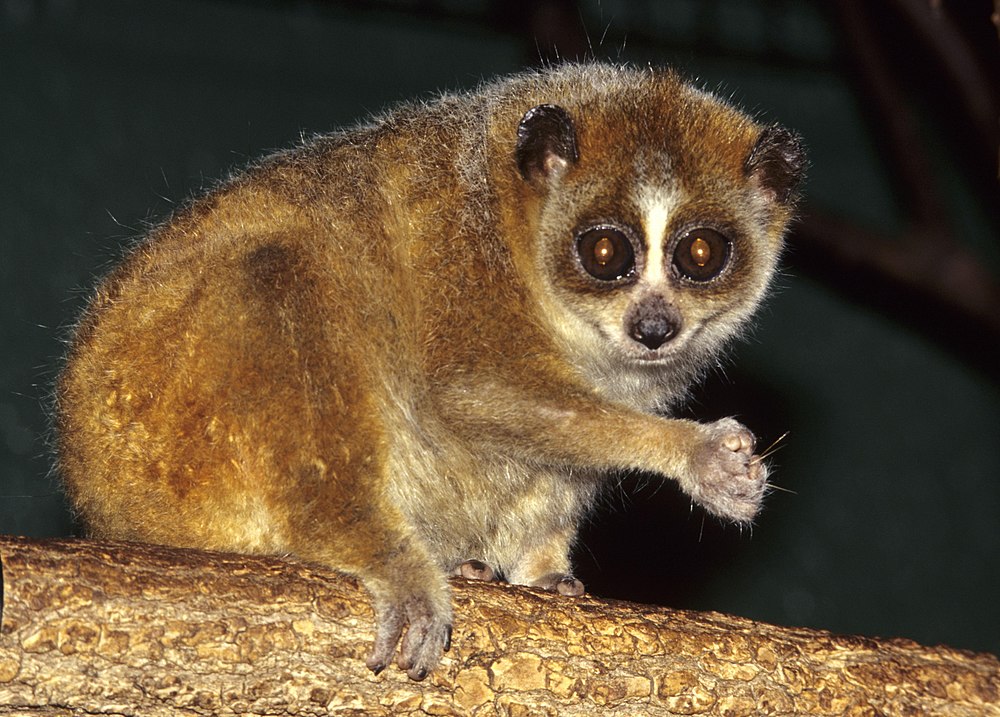 The pygmy slow loris (Nycticebus pygmaeus) is a species of slow loris found east of the Mekong River in Vietnam, Laos, eastern Cambodia, and China. It occurs in a variety of forest habitats, including tropical dry forests, semi-evergreen, and evergreen forests. The animal is nocturnal and arboreal, crawling along branches using slow movements in search of prey. Unlike other primates, it does not leap. It lives together in small groups usually with one or two offspring. An adult can grow to around 19 to 23 cm (7.5 to 9.1 in) long and has a very short tail. It weighs about 450 g (1.0 lb). Its diet consists of fruits, insects, small fauna, tree sap, and floral nectar. The animal has a toxic bite, which it gets by licking a toxic secretion from glands on the inside of its elbows. The teeth in its lower jaw form a comb-like structure called a toothcomb that is used for scraping resin from tree bark.The pygmy slow loris mates once every 12–18 months and has one or two offspring after an average gestation period of six months. For the first few days, the young loris clings to the belly of its mother. After six months the baby will be weaned, the females reach sexual maturity by 16 months, while the male reaches maturity by about 18 months. The pygmy slow loris is seasonally fertile during the months of July and August. Chemical signals play a role in the reproductive behavior of female pygmy slow lorises. Urine scent markings have a strong characteristic odor and are used to communication information about social relationships.The habitat of the pygmy slow loris in Vietnam was greatly reduced due to extensive burning, clearing, and defoliating of forests during the Vietnam War. Extensive hunting for traditional medicines is currently putting severe pressure on Cambodian populations. The pygmy slow loris is seriously threatened by hunting, trade, and habitat destruction; consequently, it is listed in Appendix I of the Convention on International Trade in Endangered Species of Wild Fauna and Flora (CITES), and in 2006 the International Union for Conservation of Nature (IUCN) classified it as “Vulnerable”.

Other animals of the family Loridae

Pygmy slow loris is a member of the Loridae, as are these animals:

Animals that share a litter size with Pygmy slow loris

Animals with the same weight as a Pygmy slow loris