How many baby Red pandas are in a litter?

A Red panda (Ailurus fulgens) usually gives birth to around 2 babies.With 1 litters per year, that sums up to a yearly offspring of 2 babies. 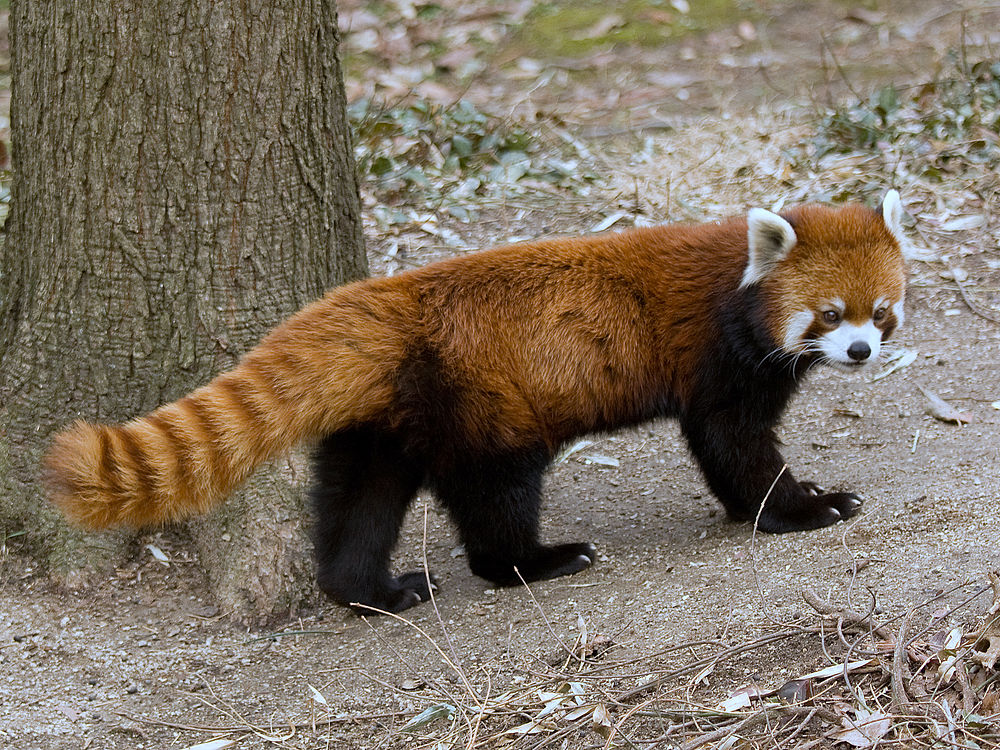 The red panda (Ailurus fulgens) is a mammal species native to the eastern Himalayas and southwestern China. It is listed as Endangered on the IUCN Red List because the wild population is estimated at fewer than 10,000 mature individuals and continues to decline due to habitat loss and fragmentation, poaching, and inbreeding depression. Despite its name, it is not closely related to the giant panda.The red panda has reddish-brown fur, a long, shaggy tail, and a waddling gait due to its shorter front legs; it is roughly the size of a domestic cat, though with a longer body, and is somewhat heavier. It is arboreal and feeds mainly on bamboo, but also eats eggs, birds, and insects. It is a solitary animal, mainly active from dusk to dawn, and is largely sedentary during the day. It is also called the lesser panda, the red bear-cat, and the red cat-bear.The red panda is the only living member of the genus Ailurus and the family Ailuridae. It has previously been placed in the raccoon and bear families, but the results of phylogenetic analysis provide strong support for its taxonomic classification in its own family, Ailuridae, which is part of the superfamily Musteloidea, along with the weasel, raccoon and skunk families. Traditionally it was thought to consist of two subspecies. However, results of genetic analysis indicate that there are probably two distinct red panda species, the Chinese red panda and the Himalayan red panda, which genetically diverged 0.22 million years ago.

Red panda is a member of the Ursidae, as are these animals:

Animals that share a litter size with Red panda

Animals that get as old as a Red panda

Other animals that usually reach the age of 14 years:

Animals with the same weight as a Red panda

Animals with the same size as a Red panda