How many baby Royal antelopes are in a litter? 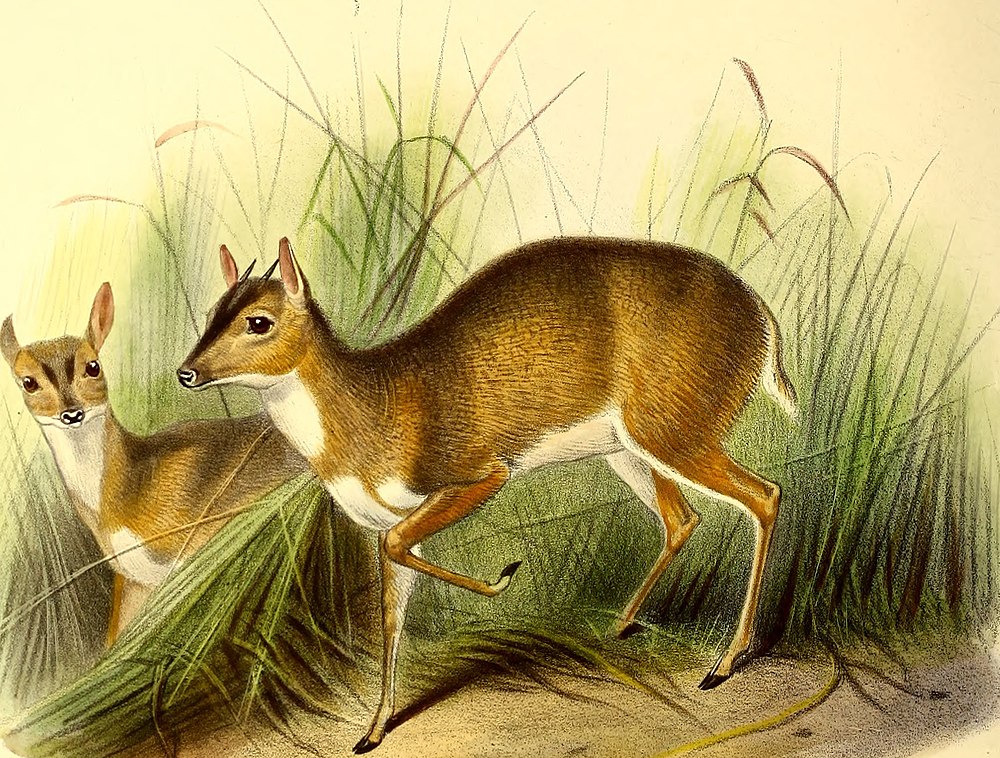 The royal antelope (Neotragus pygmaeus) is a West African antelope, recognised as the world’s smallest antelope. It was first described by Swedish zoologist Carl Linnaeus in 1758. It stands up to merely 25 centimetres (10 in) at the shoulder and weighs 2.5–3 kilograms (5.5–6.6 lb). A characteristic feature is the long and slender legs, with the hindlegs twice as long as the forelegs. Horns are possessed only by males; the short, smooth, spiky horns measure 2.5–3 centimetres (1.0–1.2 in) and bend backward. The soft coat is reddish to golden brown, in sharp contrast with the white ventral parts. In comparison to Bates’s pygmy antelope, the royal antelope has a longer muzzle, broader lips, a smaller mouth and smaller cheek muscles.Typically nocturnal (active at night), the royal antelope exhibits remarkable alertness. Territories are marked with dung. A herbivore, the royal antelope prefers small quantities of fresh foliage and shoots; fruits and fungi may be taken occasionally. Like other neotragines, the royal antelope is monogamous. Both sexes can become sexually mature by as early as six months. Births have been reported in November and December. A single, delicate young is born after an unknown gestational period.The royal antelope prefers areas with fresh and dense growth of shrubs and other plants. It inhabits the warm, moist lowland forests prevalent in western African countries such as Côte d’Ivoire, Ghana, Guinea, Liberia and Sierra Leone. The royal antelope has been categorised as Least Concern by the International Union for the Conservation of Nature and Natural Resources (IUCN). The populations are feared to be declining due to habitat deterioration and expanding human settlement. A significant threat to the survival of this antelope is hunting for bushmeat.

Royal antelope is a member of the Bovidae, as are these animals:

Animals that share a litter size with Royal antelope

Animals that get as old as a Royal antelope

Other animals that usually reach the age of 14 years:

Animals with the same weight as a Royal antelope

Animals with the same size as a Royal antelope