What is the maximal age a Giant otter reaches?

An adult Giant otter (Pteronura brasiliensis) usually gets as old as 12.83 years. 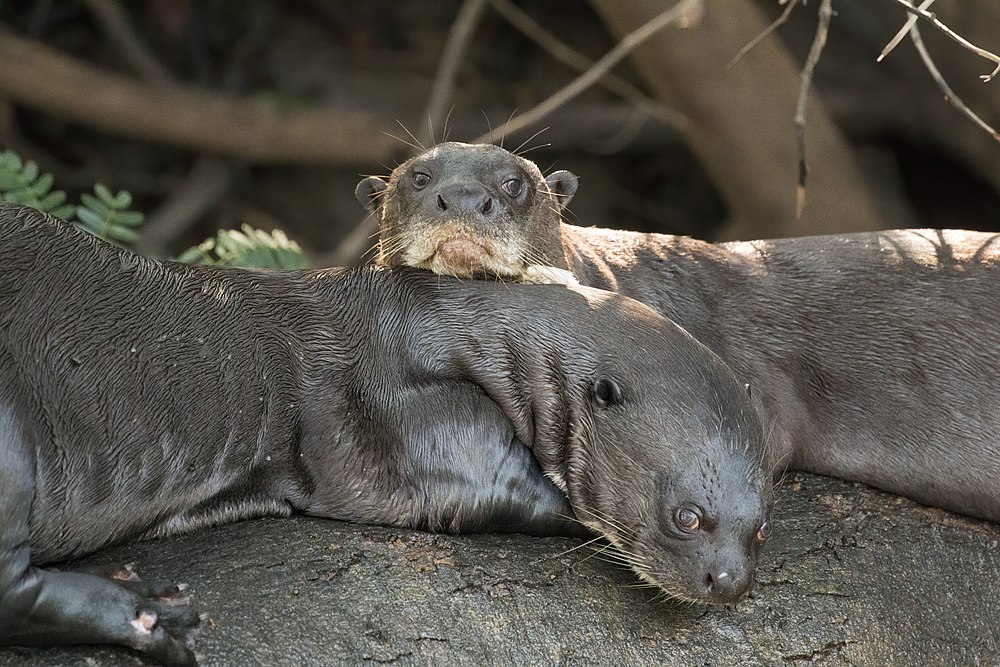 The giant otter or giant river otter(Pteronura brasiliensis) is a South American carnivorous mammal. It is the longest member of the weasel family, Mustelidae, a globally successful group of predators, reaching up to 1.7 metres (5.6 ft). Atypical of mustelids, the giant otter is a social species, with family groups typically supporting three to eight members. The groups are centered on a dominant breeding pair and are extremely cohesive and cooperative. Although generally peaceful, the species is territorial, and aggression has been observed between groups. The giant otter is diurnal, being active exclusively during daylight hours. It is the noisiest otter species, and distinct vocalizations have been documented that indicate alarm, aggression, and reassurance.The giant otter ranges across north-central South America; it lives mostly in and along the Amazon River and in the Pantanal.Its distribution has been greatly reduced and is now discontinuous. Decades of poaching for its velvety pelt, peaking in the 1950s and 1960s, considerably diminished population numbers. The species was listed as endangered in 1999 and wild population estimates are typically below 5,000. The Guianas are one of the last real strongholds for the species, which also enjoys modest numbers — and significant protection — in the Peruvian Amazonian basin. It is one of the most endangered mammal species in the neotropics. Habitat degradation and loss is the greatest current threat. The giant otter is also rare in captivity; in 2003, only 60 animals were being held.The giant otter shows a variety of adaptations suitable to an amphibious lifestyle, including exceptionally dense fur, a wing-like tail, and webbed feet. The species prefers freshwater rivers and streams, which are usually seasonally flooded, and may also take to freshwater lakes and springs. It constructs extensive campsites close to feeding areas, clearing large amounts of vegetation. The giant otter subsists almost exclusively on a diet of fish, particularly characins and catfish, but may also eat crabs, turtles, snakes and small caiman. It has no serious natural predators other than humans, although it must compete with other species, including the neotropical otter and caiman species, for food resources.

Animals of the same family as a Giant otter

Animals that reach the same age as Giant otter

With an average age of 12.83 years, Giant otter are in good companionship of the following animals:

Animals with the same number of babies Giant otter

Weighting as much as Giant otter

Animals as big as a Giant otter

Those animals grow as big as a Giant otter: