How many baby Senegal bushbabys are in a litter?

A Senegal bushbaby (Galago senegalensis) usually gives birth to around 1 babies.With 2 litters per year, that sums up to a yearly offspring of 2 babies. 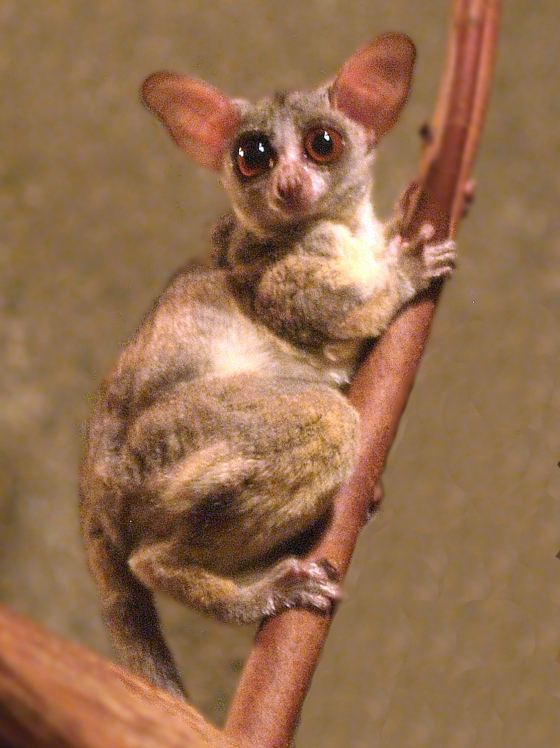 The Senegal bushbaby (Galago senegalensis), also known as the Senegal galago, the lesser galago or the lesser bush baby, is a small, nocturnal primate, a member of the galago family Galagidae.The name “bush baby” may come either from the animals’ cries or from their appearance. They are agile leapers, and run swiftly along branches. They live in Africa south of the Sahara and nearby islands including Zanzibar. They tend to live in dry woodland regions and savannah regions. They are small primates (130 mm and 95 – 300 grams) with woolly thick fur that ranges from silvery grey to dark brown. They have large eyes, giving them good night vision; strong hind limbs; and long tails, which help them balance. Their ears are made up of four segments that can bend back individually, to aid their hearing when hunting insects at night. Their omnivorous diet is a mixture of other small animals, including birds and insects, fruit, seeds, flowers, eggs, nuts, and tree gums.Bushbabies reproduce twice a year, at the beginning of the rains (November) and the end (February). They are polygynous, and the females raise their young in nests made from leaves. They have 1 – 2 babies per litter, with gestation period being 110 – 120 days. Bush babies are born with half-closed eyes, unable to move about independently. After a few days, the mother carries the infant in her mouth, and leaves it on convenient branches while feeding.Adult females maintain territories, but share them with their offspring. Males leave their mothers’ territories after puberty, but females remain, forming social groups consisting of closely related females and their immature young. Adult males maintain separate territories, which overlap with those of the female social groups; generally, one adult male mates with all the females in an area. Males who have not established such territories sometimes form small bachelor groups.Bush babies communicate both by calling to each other and by marking their paths with their urine. At the end of the night, group members use a special rallying call and gather to sleep in a nest made of leaves, in a group of branches, or in a hole in a tree.

Other animals of the family Galagonidae

Senegal bushbaby is a member of the Galagonidae, as are these animals:

Animals that share a litter size with Senegal bushbaby

Animals that get as old as a Senegal bushbaby

Other animals that usually reach the age of 17 years:

Animals with the same weight as a Senegal bushbaby

Animals with the same size as a Senegal bushbaby