How many baby Tenkiles are in a litter?

A Tenkile (Dendrolagus scottae) usually gives birth to around 1 babies. 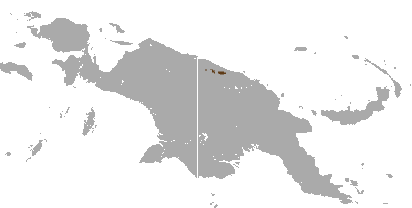 The tenkile (Dendrolagus scottae), also known as Scott’s tree-kangaroo, is a species of tree-kangaroo in the family Macropodidae. It is endemic to a very small area of the Torricelli Mountains of Papua New Guinea. Its natural habitat is subtropical or tropical dry forests. It is threatened by habitat loss and by hunting. The Tenkile is listed as endangered due to hunting and logging activities in Papua New Guinea. The Tenkile is hunted for its meat, Tenkile is the main protein source for the residents of Papua New Guinea. The population of Papua New Guinea has increased in recent years due to improvements in healthcare; therefore increasing need in Tenkile meat which means that more Tenkiles are being hunted. Additionally, Tenkiles are poached for their fur and are captured and sold as a part of the illegal pet trade. Domesticated dogs also hunt Tenkiles. Deforestation in Papua New Guinea affects all Tree-Kangaroos, however industrial logging that occurs in the Torricelli Mountain Range decreases the already small habitat of the Tenkile. The Torricelli Mountain Range faces additional deforestation due to the timber industry, and the production of coffee, rice and wheat.

Other animals of the family Macropodidae

Tenkile is a member of the Macropodidae, as are these animals:

Animals with the same weight as a Tenkile

Animals with the same size as a Tenkile