How many baby West Indian manatees are in a litter? 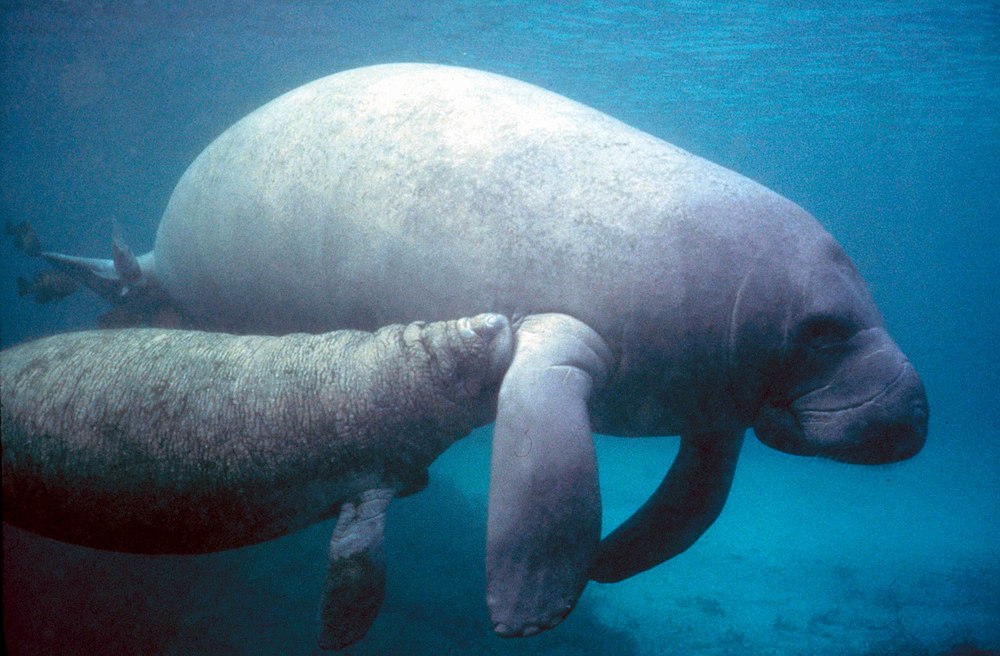 The West Indian Manatee (Trichechus manatus) or “sea cow”, also known as North American manatee, is the largest surviving member of the aquatic mammal order Sirenia (which also includes the dugong and the extinct Steller’s sea cow). It is further divided into two subspecies, the Florida manatee (T. m. latirostris) and the Antillean or Caribbean manatee (T. m. manatus), based on genetic and morphological studies. The Florida subspecies is primarily found along the coasts of Florida, but its range extends as far west as Texas and as far north as Massachusetts. The Antillean subspecies has a sparse distribution throughout the Caribbean, ranging as far north as Mexico and as far south as Brazil.Manatees are obligate herbivores, have developed vocal communication abilities, and are covered in highly sensitive vibrissae that are used for feeding and navigation. In breeding season, several males form mating herds around an individual female; on average, one calf is born to a female manatee every two to three years.The West Indian manatee was listed as endangered under the Endangered Species Act in the 1970’s, when there were only several hundred left, and the decades since have witnessed significant efforts by federal, state, private, and nonprofit organizations to protect these species from natural and human-induced threats, particularly collisions with watercraft. On March 30, 2017, the US Secretary of the Interior Ryan Zinke announced the federal reclassification of the West Indian manatee from endangered to threatened, citing a substantial increase in the total population.

Other animals of the family Trichechidae

West Indian manatee is a member of the Trichechidae, as are these animals:

Animals that share a litter size with West Indian manatee

Animals that get as old as a West Indian manatee

Animals with the same weight as a West Indian manatee

Animals with the same size as a West Indian manatee