What is the maximal age a Dibbler reaches?

An adult Dibbler (Parantechinus apicalis) usually gets as old as 3 years. 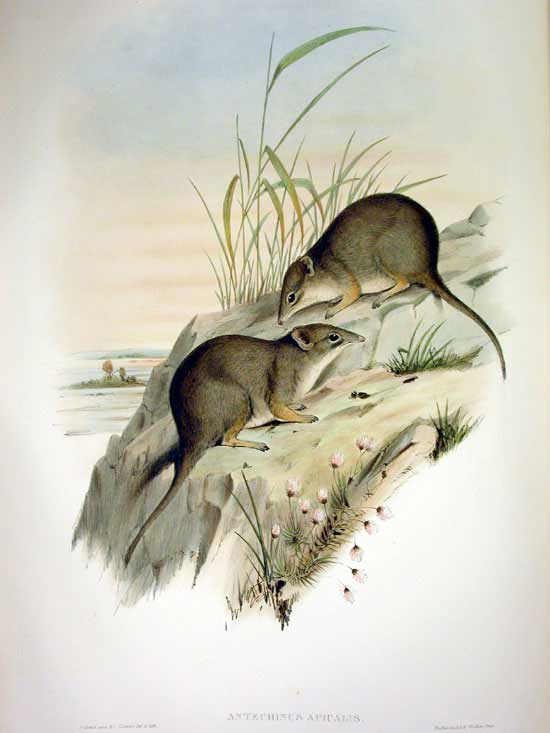 Dibbler is the common name for Parantechinus apicalis, an endangered species of marsupial. It is an inhabitant of the southwest mainland of Western Australia and some offshore islands. It is a member of the order Dasyuromorphia, and the only member of the genus, Parantechinus. The dibbler is a small, nocturnal carnivore with speckled fur that is white around the eyes.

Animals of the same family as a Dibbler

Not really brothers and sisters, but from the same biological family (Dasyuridae):

Animals that reach the same age as Dibbler

With an average age of 3 years, Dibbler are in good companionship of the following animals:

Animals with the same number of babies Dibbler

The same number of babies at once (7) are born by:

Weighting as much as Dibbler

A fully grown Dibbler reaches around 72 grams (0.16 lbs). So do these animals:

Animals as big as a Dibbler

Those animals grow as big as a Dibbler: