How many baby European hamsters are in a litter?

A European hamster (Cricetus cricetus) usually gives birth to around 7 babies.With 2 litters per year, that sums up to a yearly offspring of 14 babies. 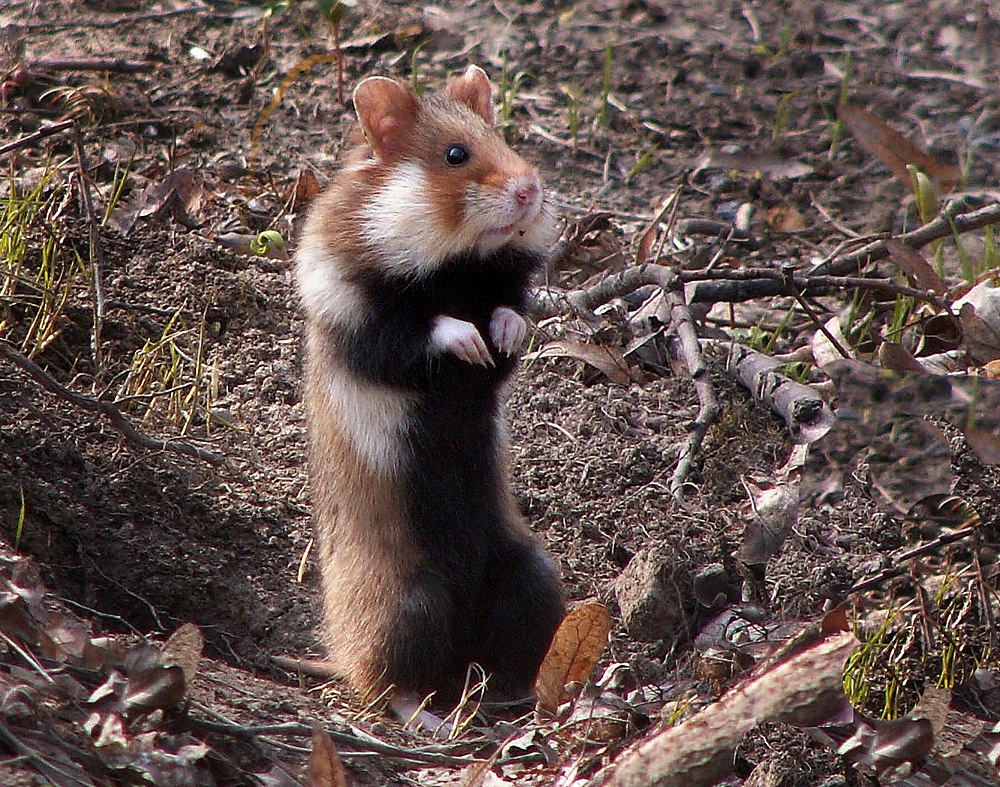 The European hamster (Cricetus cricetus), also known as the Eurasian hamster, black-bellied hamster or common hamster, is the only species of the genus Cricetus. It is native to a large range in Eurasia, extending from Belgium to the Altai mountains and Yenisey River in Russia. Where abundant the animal is widely considered a farmland pest, and it has also been trapped for its fur. Across its global range, it is considered of least concern, but in many individual Western European countries it is considered critically endangered. Cricetus is also a monotypic genus.

European hamster is a member of the Muridae, as are these animals:

Animals that share a litter size with European hamster

Those animals also give birth to 7 babies at once:

Animals that get as old as a European hamster

Other animals that usually reach the age of 4 years:

Animals with the same weight as a European hamster