How big does a Volcano rabbit get? Here is an overview over the average adult age: 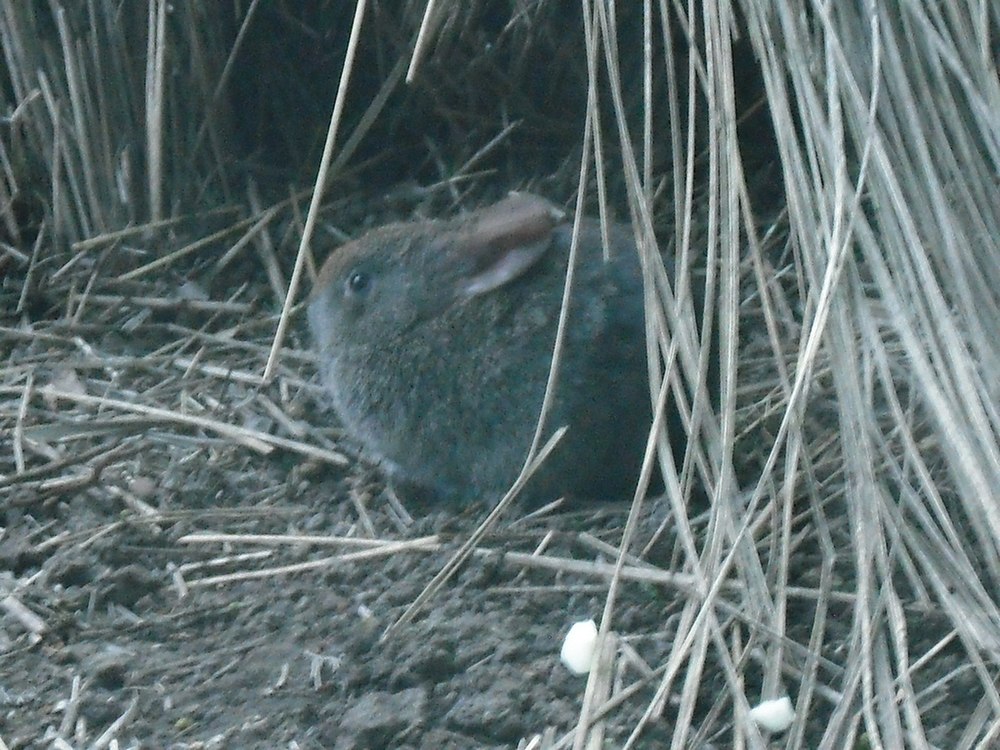 The volcano rabbit (Romerolagus diazi), also known as teporingo or zacatuche, is a small rabbit that resides in the mountains of Mexico. It is the world’s second-smallest rabbit, second only to the pygmy rabbit. It has small rounded ears, short legs, and short, thick fur and weighs approximately 390–600 g (0.86–1.3 lb). It has a life span of 7 to 9 years. The volcano rabbit lives in groups of 2 to 5 animals in burrows (underground nests) and runways among grass tussocks. The burrows can be as long as 5 m and as deep as 40 cm. There are usually 2 to 3 young per litter, born in the burrows. In semi-captivity, however, they do not make burrows and the young are born in nests made in the grass tussocks.Unlike many species of rabbits (and similar to pikas), the volcano rabbit emits very high-pitched sounds instead of thumping its feet on the ground to warn other rabbits of danger. It is crepuscular and is highly active during twilight, dawn and all times in between. Populations have been estimated to have approximately 150–200 colonies with a total population of 1,200 individuals over their entire range. The last unconfirmed sighting of the species at Nevado de Toluca (where no permanent colony has been historically documented) occurred in August 2003 when supposedly one volcano rabbit was observed. Since 1987, however, research conducted by Hoth et al., in relation to the distribution of the Volcano Rabbit already found no records of this species in the Nevado de Toluca, including the site where Tikul Álvarez (IPN) collected a specimen in 1975 (Nevado de Toluca, 4 km S, 2 km W Raíces, 3350 masl). Notwithstanding, although no permanent colony has been documented in Nevado de Toluca, the volcano rabbit was declared “extinct” within this portion of its range in 2018; populations exist elsewhere within the Trans-Mexican Volcanic Belt and in captivity.. Due to the above, the International Union for the Conservation of Nature (Red Data Book, IUCN 2019), no longer mentions the Nevado de Toluca as a current or potential site for the distribution of this species.

Animals of the same family as a Volcano rabbit

Animals with the same size as a Volcano rabbit

Not that size really matters, but it makes things comparable. So here are a couple of animals that are as big as Volcano rabbit:

Animals with the same litter size as a Volcano rabbit

Here is a list of animals that have the same number of babies per litter (2) as a Volcano rabbit:

Animals with the same weight as a Volcano rabbit

As a comparison, here are some other animals that weight as much as the Romerolagus diazi: