How many baby California sea lions are in a litter? 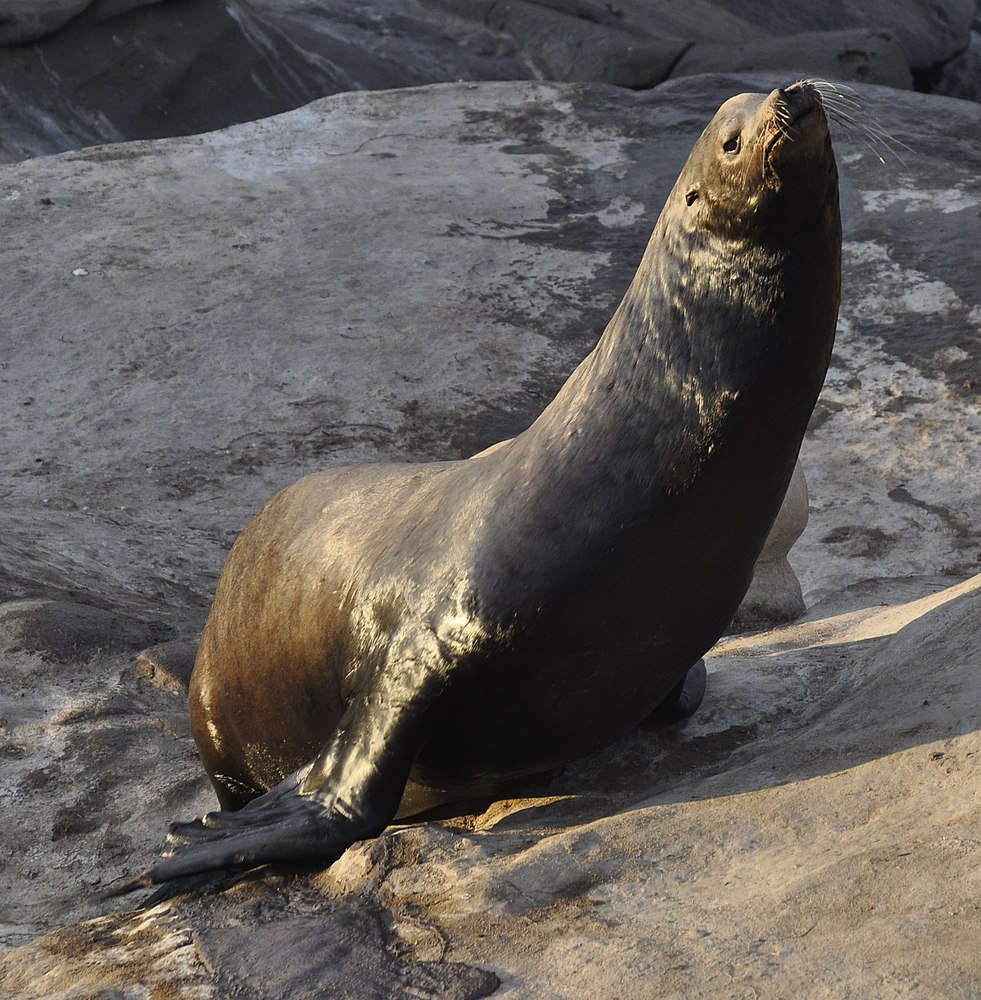 The California sea lion (Zalophus californianus) is a coastal eared seal native to western North America. It is one of six species of sea lion. Its natural habitat ranges from southeast Alaska to central Mexico, including the Gulf of California. Sea lions are sexually dimorphic; males are larger than females, and have a thicker neck, and protruding sagittal crest. They mainly haul-out on sandy or rocky beaches, but they also frequent manmade environments such as marinas and wharves. Sea lions feed on a number of species of fish and squid, and are preyed on by killer whales and great white sharks.California sea lions have a polygynous breeding pattern. From May to August, males establish territories and try to attract females with which to mate. Females are free to move in between territories, and are not coerced by males. Mothers nurse their pups in between foraging trips. Sea lions communicate with numerous vocalizations, notably with barks and mother-pup contact calls. Outside their breeding season, sea lions spend much of their time at sea, but they come to shore to molt.Sea lions are particularly intelligent, can be trained to perform various tasks and display limited fear of humans if accustomed to them. Because of this, California sea lions are a popular choice for public display in zoos, circuses and oceanariums, and are trained by the United States Navy for certain military operations. The International Union for Conservation of Nature (IUCN) lists the species as Least Concern due to its abundance. To protect fish, the US states of Oregon and Washington engage in annual kill quotas of sea lions.

Other animals of the family Otariidae

California sea lion is a member of the Otariidae, as are these animals:

Animals that share a litter size with California sea lion

Animals that get as old as a California sea lion

Animals with the same weight as a California sea lion

Animals with the same size as a California sea lion