How many baby Canyon bats are in a litter?

A Canyon bat (Pipistrellus hesperus) usually gives birth to around 1 babies.With 1 litters per year, that sums up to a yearly offspring of 1 babies. 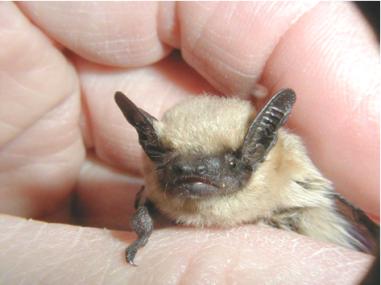 The canyon bat (Parastrellus hesperus), also known as the western pipistrelle, is a species of vesper bat. It is found in Mexico and in the western United States. The species has historically been placed in the genus Pipistrellus, but molecular evidence does not show any close relationship with that genus, and accordingly it was classified into its own genus, Parastrellus, in 2006.

Canyon bat is a member of the Vespertilionidae, as are these animals:

Animals that share a litter size with Canyon bat

Animals that get as old as a Canyon bat

Other animals that usually reach the age of 6 years:

Animals with the same weight as a Canyon bat