How many baby Cliff chipmunks are in a litter?

A Cliff chipmunk (Tamias dorsalis) usually gives birth to around 5 babies.With 1 litters per year, that sums up to a yearly offspring of 5 babies. 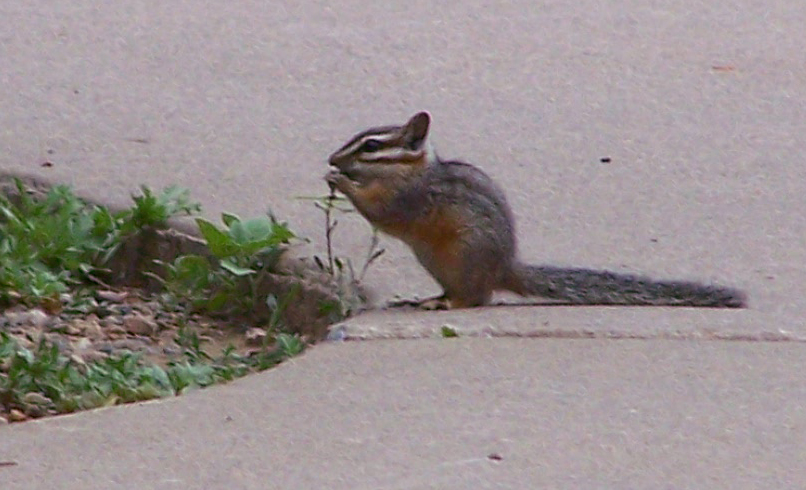 The cliff chipmunk (Neotamias dorsalis) is a small, bushy-tailed squirrel that typically lives along cliff walls or boulder fields bordering Pinyon-juniper woodlands in the Western United States and Mexico (commonly spotted in northern Arizona to Colorado). Cliff chipmunks are very agile, and can often be seen scaling steep cliff walls. Cliff chipmunks do not amass body fat as the more common ground squirrel does. They create a “stash” of food which they frequent during the cold winter months. The chipmunks size varies from 8-10 in. and weigh an average of 2.5 oz. These small creatures live to a staggering 12 1/2 years. The chipmunks are brown on their underside and gray on the back with white stripes on their face.

Cliff chipmunk is a member of the Sciuridae, as are these animals:

Animals that share a litter size with Cliff chipmunk

Animals with the same weight as a Cliff chipmunk

Animals with the same size as a Cliff chipmunk