How many baby Indian muntjacs are in a litter? 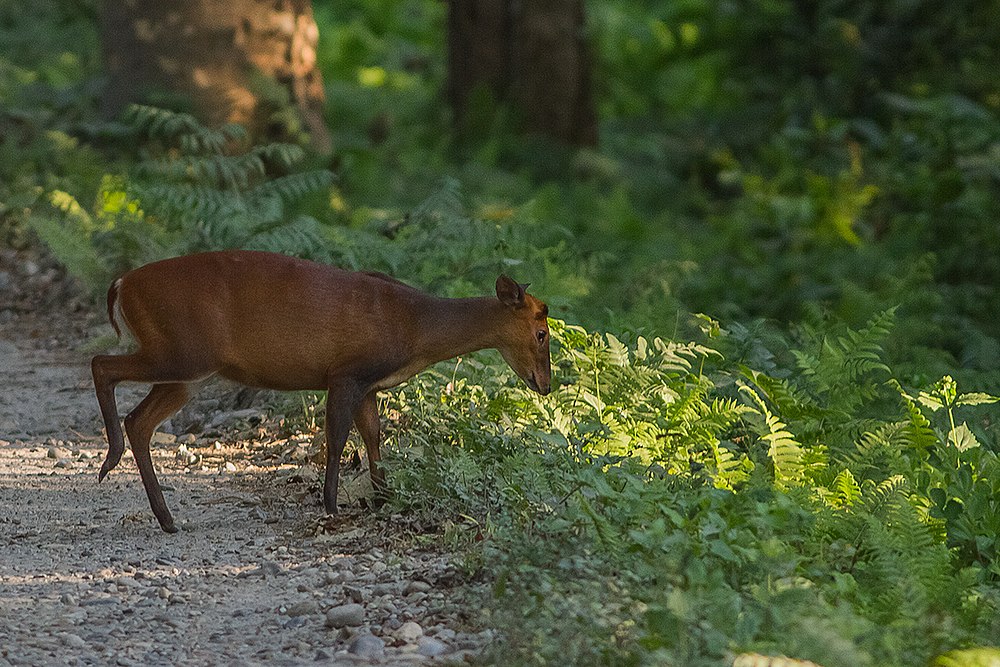 The Indian muntjac (Muntiacus muntjak), also called the southern red muntjac and barking deer, is a deer species native to South and Southeast Asia. It is listed as Least Concern on the IUCN Red List.This muntjac has soft, short, brownish or greyish hair, sometimes with creamy markings. It is among the smallest deer species. It is an omnivore and eats grass, fruit, shoots, seeds, bird eggs, and small animals, and occasionally scavenges on carrion. Its calls sound like barking, often when frightened by a predator, hence the common name “barking deer”. Males have canines, short antlers that usually branch just once near the base, and a large postorbital scent gland used to mark territories.

Indian muntjac is a member of the Cervidae, as are these animals:

Animals that share a litter size with Indian muntjac

Animals that get as old as a Indian muntjac

Other animals that usually reach the age of 17.58 years:

Animals with the same weight as a Indian muntjac

Animals with the same size as a Indian muntjac