How many baby Water deers are in a litter? 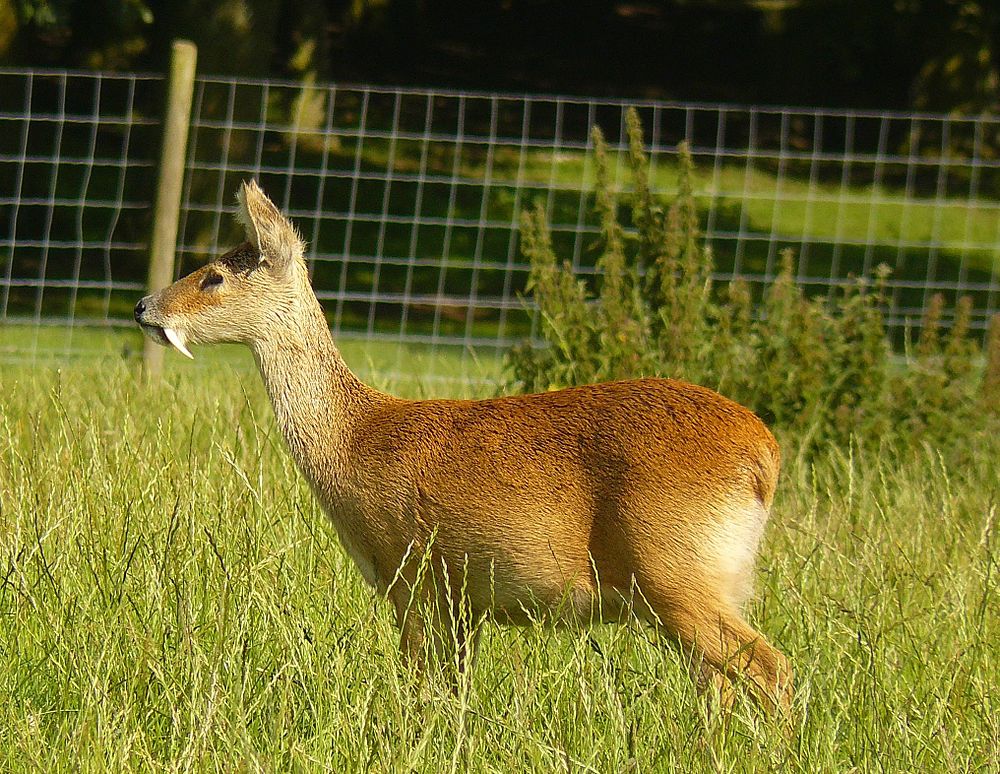 The water deer (Hydropotes inermis) is a small deer superficially more similar to a musk deer than a true deer. Native to China and Korea, there are two subspecies: the Chinese water deer (Hydropotes inermis inermis) and the Korean water deer (Hydropotes inermis argyropus). Despite its lack of antlers and certain other anatomical anomalies—including a pair of prominent tusks (downward-pointing canine teeth), it is classified as a cervid. Its unique anatomical characteristics have caused it to be classified in its own genus (Hydropotes) as well as its own subfamily (Hydropotinae). However, studies of mitochondrial control region and cytochrome b DNA sequences placed it near Capreolus within an Old World section of the subfamily Capreolinae. Its prominent tusks (elongated canines), similar to those of musk deer, have led to both being colloquially named vampire deer in English-speaking areas to which they have been imported. The species is listed as vulnerable by the IUCN. It was first described by Robert Swinhoe in 1870.

Water deer is a member of the Cervidae, as are these animals:

Animals that share a litter size with Water deer

Animals that get as old as a Water deer

Animals with the same weight as a Water deer