How many baby Water opossums are in a litter? 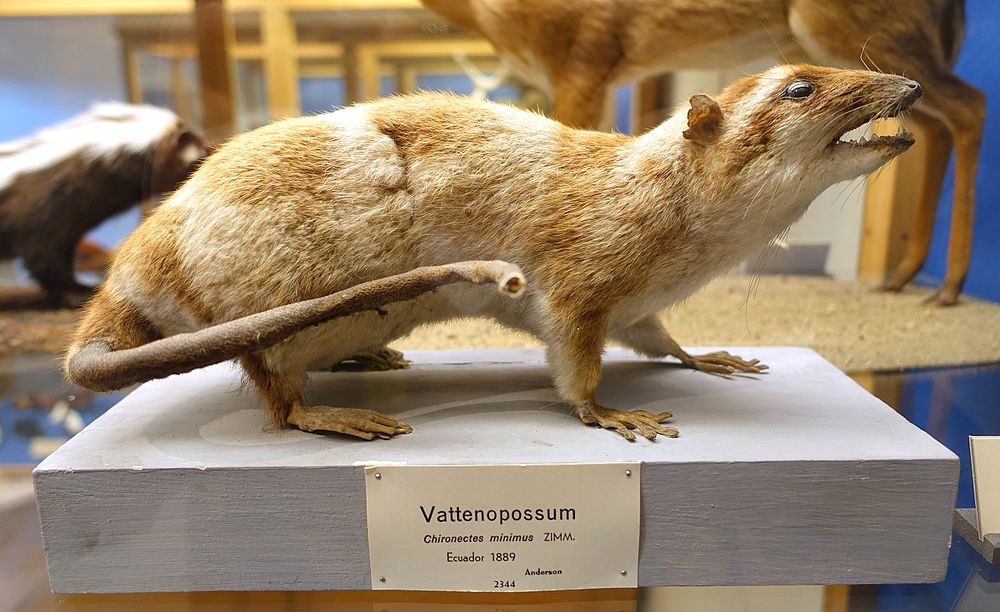 The water opossum (Chironectes minimus), also locally known as the yapok (), is a marsupial of the family Didelphidae. It is the only living member of its genus, Chironectes. This semiaquatic creature is found in and near freshwater streams and lakes from Mexico through Central and South America to Argentina and is the most aquatic living marsupial (the lutrine opossum also has aquatic habits). It is also the only living marsupial in which both sexes have a pouch. The thylacine, commonly referred to as the Tasmanian tiger, also exhibited this trait, but it is now believed to be extinct.The water opossum lives in bankside burrows, emerging after dusk to swim and search for fish, crustaceans and other aquatic animals, which it eats on the bank.

Other animals of the family Didelphidae

Water opossum is a member of the Didelphidae, as are these animals:

Animals that share a litter size with Water opossum

Animals that get as old as a Water opossum

Other animals that usually reach the age of 3 years:

Animals with the same weight as a Water opossum

Animals with the same size as a Water opossum