What is the maximal age a Collared pika reaches?

An adult Collared pika (Ochotona collaris) usually gets as old as 6 years. 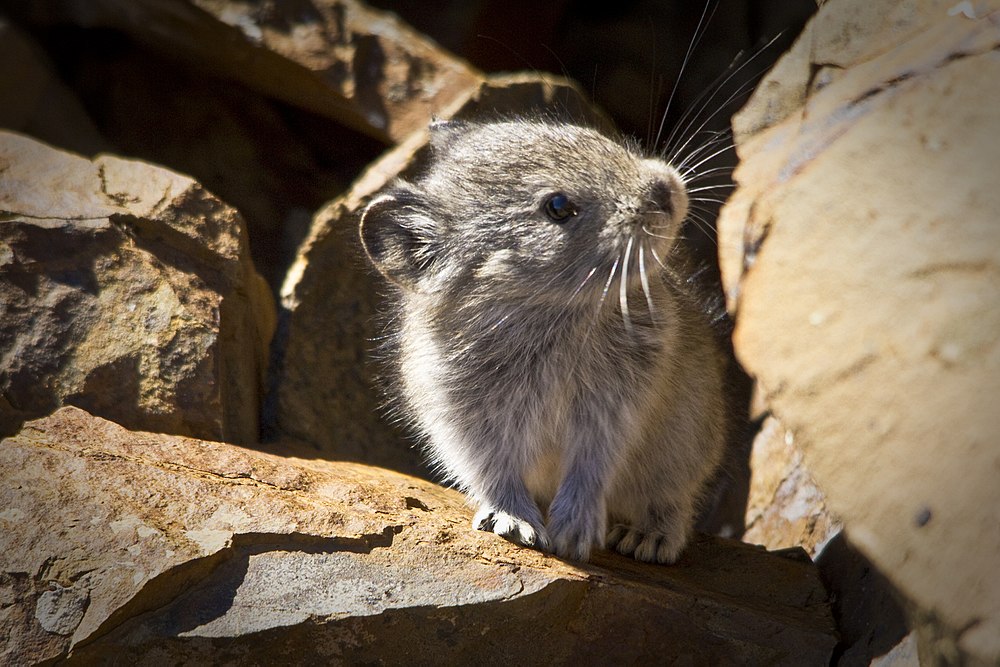 The collared pika (Ochotona collaris) is a species of mammal in the pika family, Ochotonidae, and part of the order Lagomorpha which comprises rabbits, hares, and pikas. It is a small (~160 gram) alpine lagomorph that lives in boulder fields of central and southern Alaska (U.S.), and in parts of Canada, including northern British Columbia, Yukon, and western parts of the Northwest Territories. It is closely related to the American pika (O. princeps), but it is a monotypic form containing no other recognized subspecies. It is asocial, does not hibernate, and spends a large part of its time in the summer collecting vegetation that is stored under rocks (“haypiles”) as a supply of food for the winter. Some individuals have been observed collecting and consuming dead birds as sources of fat and protein. Thousands of trips are made during July and August to collect vegetation for winter.

Animals of the same family as a Collared pika

Not really brothers and sisters, but from the same biological family (Ochotonidae):

Animals that reach the same age as Collared pika

With an average age of 6 years, Collared pika are in good companionship of the following animals:

Animals with the same number of babies Collared pika

Weighting as much as Collared pika

A fully grown Collared pika reaches around 129 grams (0.28 lbs). So do these animals:

Animals as big as a Collared pika

Those animals grow as big as a Collared pika: