What is the maximal age a Iberian ibex reaches?

An adult Iberian ibex (Capra pyrenaica) usually gets as old as 16 years. 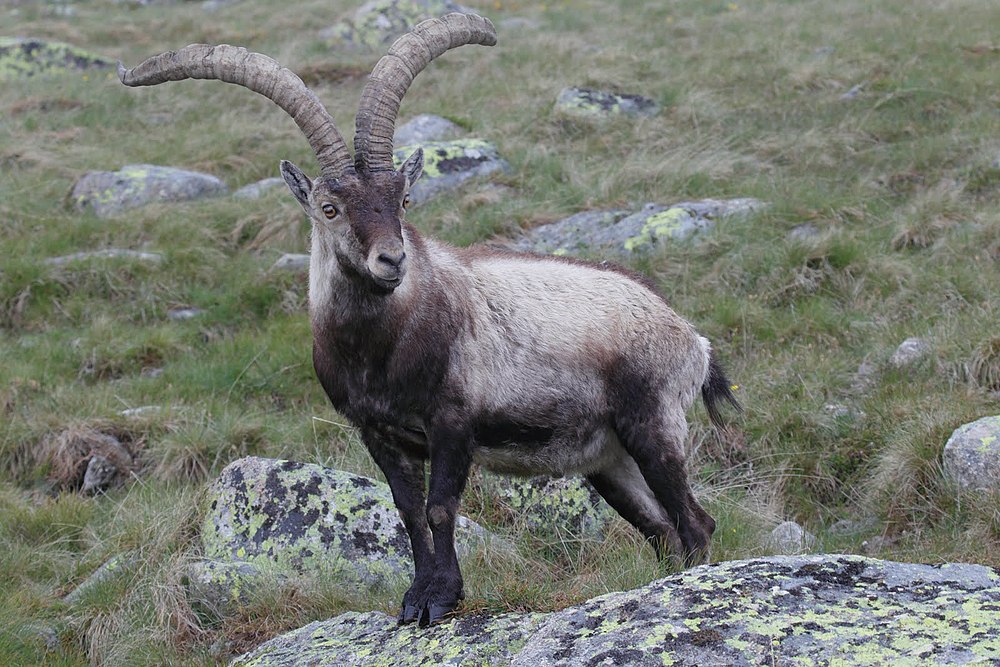 The Iberian ibex, Spanish ibex, Spanish wild goat, or Iberian wild goat (Capra pyrenaica) is a species of ibex with four subspecies. Of these, two can still be found on the Iberian Peninsula, but the remaining two are now extinct. The Portuguese subspecies became extinct in 1892 and the Pyrenean subspecies became extinct in 2000. An ongoing project to clone to the Pyrenean subspecies resulted in one clone being born alive in July 2003. This is the first taxon to become “un-extinct”, although the clone died a few minutes after birth due to physical defects in lungs.

Animals of the same family as a Iberian ibex

Animals that reach the same age as Iberian ibex

With an average age of 16 years, Iberian ibex are in good companionship of the following animals:

Animals with the same number of babies Iberian ibex

Weighting as much as Iberian ibex

Animals as big as a Iberian ibex

Those animals grow as big as a Iberian ibex: