What is the maximal age a Myotis vivesi reaches? 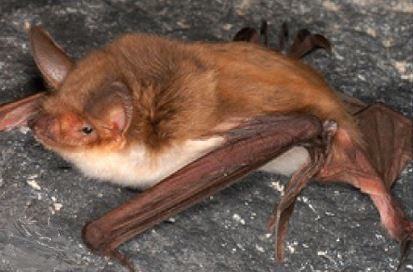 Myotis vivesi, the fish-eating bat or fish-eating myotis, is a species of bat that lives around the Gulf of California, and feeds on fish and crustaceans. It is the largest species of the genus Myotis in the Americas, and has exceptionally large feet, which it uses in hunting. It was described in 1901 by Auguste Ménégaux and is the only species in the subgenus (or genus) Pizonyx.

Animals of the same family as a Myotis vivesi

Not really brothers and sisters, but from the same biological family (Vespertilionidae):

Animals that reach the same age as Myotis vivesi

With an average age of 10 years, Myotis vivesi are in good companionship of the following animals:

Weighting as much as Myotis vivesi

A fully grown Myotis vivesi reaches around 25 grams (0.06 lbs). So do these animals: