How big does a Red deer get? Here is an overview over the average adult age: 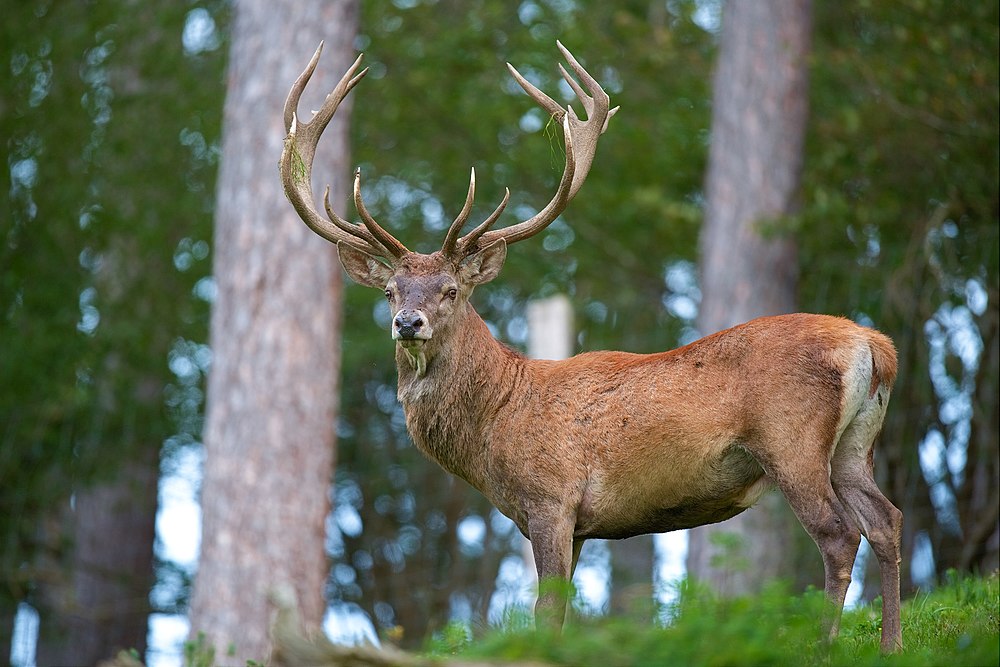 The red deer (Cervus elaphus) is one of the largest deer species. The red deer inhabits most of Europe, the Caucasus Mountains region, Asia Minor, Iran, parts of western Asia, and central Asia. It also inhabits the Atlas Mountains region between Morocco and Tunisia in northwestern Africa, being the only species of deer to inhabit Africa. Red deer have been introduced to other areas, including Australia, New Zealand, United States, Canada, Peru, Uruguay, Chile and Argentina. In many parts of the world, the meat (venison) from red deer is used as a food source.Red deer are ruminants, characterized by a four-chambered stomach. Genetic evidence indicates the red deer as traditionally defined is a species group, rather than a single species, although it remains disputed as to exactly how many species the group includes. The closely related and slightly larger American elk or wapiti, native to North America and eastern parts of Asia, had been regarded as a subspecies of red deer, but recently it has been established as a distinct species. It is probable that the ancestor of all red deer, including wapiti, originated in central Asia and resembled sika deer.Although at one time red deer were rare in parts of Europe, they were never close to extinction. Reintroduction and conservation efforts, such as in the United Kingdom and Portugal, have resulted in an increase of red deer populations, while other areas, such as North Africa, have continued to show a population decline.

Animals of the same family as a Red deer

Animals with the same size as a Red deer

Not that size really matters, but it makes things comparable. So here are a couple of animals that are as big as Red deer:

Animals with the same litter size as a Red deer

Here is a list of animals that have the same number of babies per litter (1) as a Red deer:

Animals with the same life expectancy as a Red deer

Completely different animals, but becoming as old as a Red deer:

Animals with the same weight as a Red deer

As a comparison, here are some other animals that weight as much as the Cervus elaphus: