How many baby Eastern quolls are in a litter?

A Eastern quoll (Dasyurus viverrinus) usually gives birth to around 5 babies.With 1 litters per year, that sums up to a yearly offspring of 5 babies. 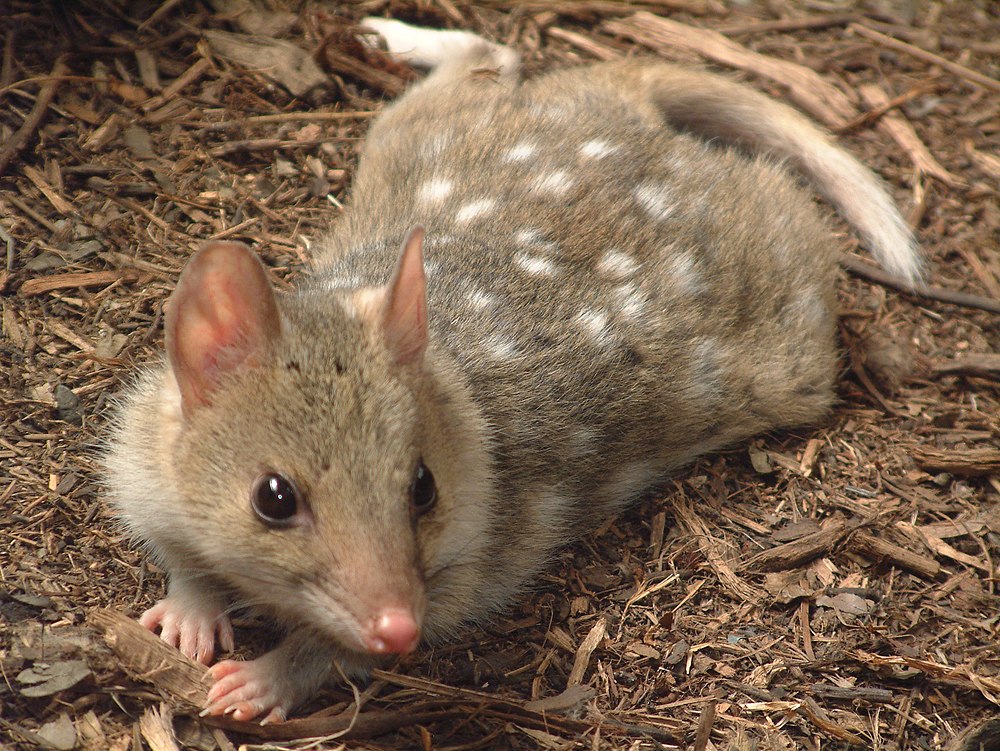 The eastern quoll (Dasyurus viverrinus), formerly known as the eastern native cat, is a medium-sized carnivorous dasyurid marsupial native to Australia. They are widespread and even locally common in Tasmania. They have been considered extinct on the mainland since the 1960s, however have been reintroduced back into fenced sanctuaries in 2016, and more recently into the wild in March 2018. It is one of six extant species of quolls.

Eastern quoll is a member of the Dasyuridae, as are these animals:

Animals that share a litter size with Eastern quoll

Animals that get as old as a Eastern quoll

Other animals that usually reach the age of 6.75 years:

Animals with the same weight as a Eastern quoll

Animals with the same size as a Eastern quoll