How many baby Tufted capuchins are in a litter? 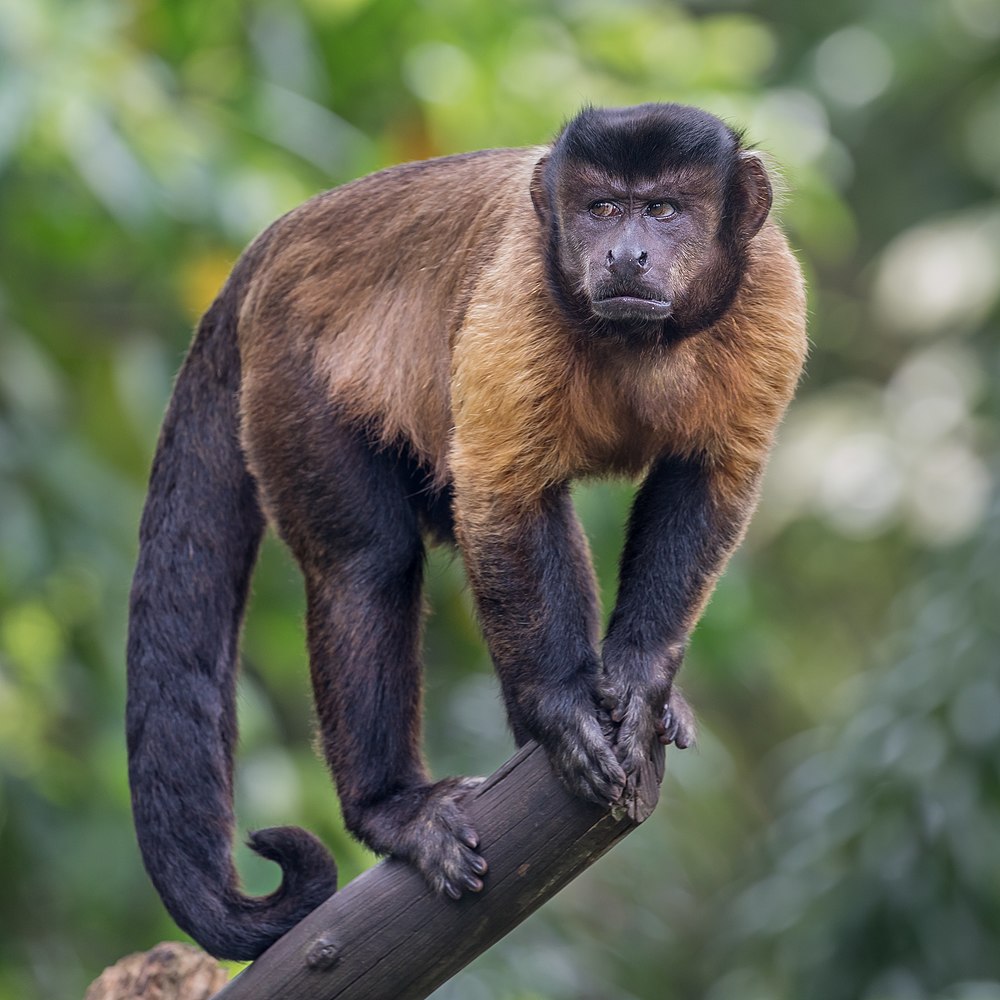 The tufted capuchin (Sapajus apella), also known as brown capuchin, black-capped capuchin, or pin monkey is a New World primate from South America. As traditionally defined, it is one of the most widespread primates in the Neotropics, but it has recently been recommended considering the black-striped, black and golden-bellied capuchins as separate species in a new genus, thereby effectively limiting the tufted capuchin to the Amazon basin and nearby regions.The tufted capuchin is an omnivorous animal, mostly feeding on fruits and invertebrates, although it sometimes feeds on small vertebrates (e.g. lizards and bird chicks) and other plant parts. It can be found in many different kinds of environment, including moist tropical and subtropical forest, dry forest, and disturbed or secondary forest.Like other capuchins, it is a social animal, forming groups of 8 to 15 individuals that are led by an alpha or dominant male.

Tufted capuchin is a member of the Cebidae, as are these animals:

Animals that share a litter size with Tufted capuchin

Animals that get as old as a Tufted capuchin

Other animals that usually reach the age of 45.08 years:

Animals with the same weight as a Tufted capuchin

Animals with the same size as a Tufted capuchin