How many baby Wedge-capped capuchins are in a litter? 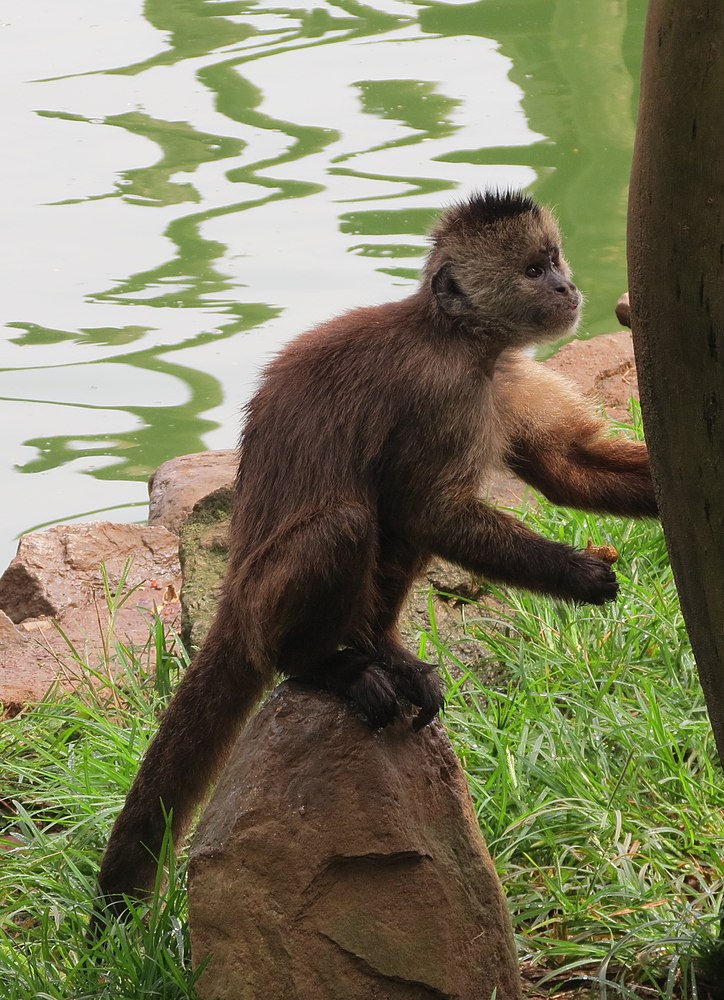 The wedge-capped capuchin or weeper capuchin (Cebus olivaceus) is a capuchin monkey from South America. It is found in northern Brazil, Guyana, French Guiana, Suriname, Venezuela and possibly northern Colombia. The genus Cebus is divided into several different species. However, taxonomists argue over the specific divisions within the genus, which are uncertain and controversial. Cebus olivaceus is known to dwell in tall, primary forest and travel over long distances during the day.These primates are medium-sized monkeys with distinctive “wedge cap” markings on their head and slightly longer limbs than other capuchins for jumping through the forest canopy. Similar to other capuchin monkeys, the diet of wedge-capped capuchin primarily consists of fruits, invertebrates, other plant parts, and on rare occasions small vertebrates. They have also been known to rub millipedes against their fur, especially in the rainy seasons, as a potential means of mosquito repellent. Although this species is classified as an animal of least concern by IUCN Red List of Threatened Species, it falls prey to many predators in South America ranging from vultures to jaguars.Cebus olivaceus is a polygamous species that lives in groups anywhere from 5-30 individuals, with a female biased sex ratios. The group is organized according to a pre-determined hierarchal system of dominance for both males and females. Although biological lineage is less of a factor of dominance for males than it is for females, due to male migration between groups. Wedge-capped capuchin partake in several behavioral mechanisms to assert and maintain dominance within the group including: infanticide, when an infant is deliberately killed; grooming, used to facilitate social rapport; and alloparenting, which is when members of the group care for offspring that are not their own.

Wedge-capped capuchin is a member of the Cebidae, as are these animals:

Animals that share a litter size with Wedge-capped capuchin

Animals that get as old as a Wedge-capped capuchin

Other animals that usually reach the age of 41 years:

Animals with the same weight as a Wedge-capped capuchin

Animals with the same size as a Wedge-capped capuchin